Layar Liar is a 52-episode online documentary series in Bahasa Malaysia about Malaysia’s wildlife, its natural locations and the people working in these environments to save them. 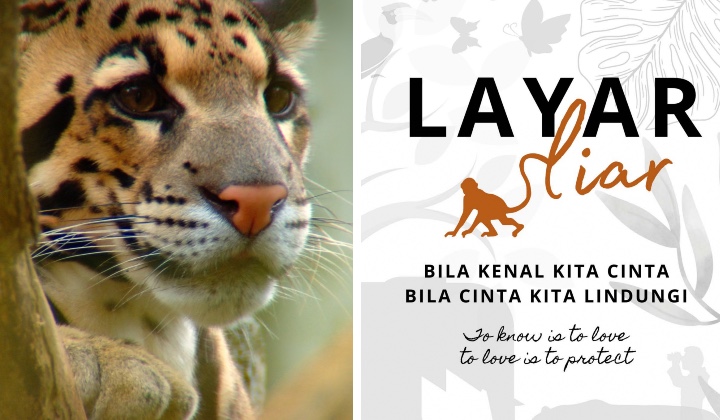 A local production house is striving to educate Malaysians to treat the nation’s biodiversity with kindness and respect through a new documentary series.

A resource bank of ﬁlms, Layar Liar Malaysia is a platform of knowledge that will be easily accessible to all Malaysians especially school children to create awareness on Malaysia’s rich natural heritage.

The Layar Liar Malaysia series aims to create and increase awareness for Malaysia’s rich biodiversity through clear and visually striking videos. This is important considering the general public’s low level of awareness of our local animals, their elusive nature, and obscure habitats.

Many Malaysians have not been or explored some of the most beautiful natural locations in Malaysia.

In Layar Liar Malaysia, you can explore our amazing country without leaving your home.

The featured locations include:

A total of 19 episodes on the Clouded Leopard, Asian Millipedes, veterinarians, forest rangers, Taman Negara and Cameron Highlands, among others, have already been published and 13 sets of workbooks uploaded on www.layarliar.my.

The Importance Of Businesses In Creating A Sustainable Future

Jeffri Salim said YSD prides itself as a great champion of the environment, supporting various initiatives over the years.

YSD strives not only to protect and preserve with scientific research and ecosystem conservation but also to raise awareness and to educate communities on how to live sustainably with their local environment.

The Layar Liar Malaysia documentary series is part of our ongoing efforts to educate young impressionable minds and the public in general, on the biodiversity that we are fortunate to have in Malaysia.

He added that YSD is proud to support the documentary series and instill a sense of appreciation for Malaysia’s natural flora and fauna, preserving these precious resources for future generations.

Selangor Recreational Areas To Have CCTVs Installed To Prevent Littering

All Nature Trails Reopen In Selangor, Groups Of 7 Allowed