More than 511 have quit their jobs from January to November. #hartaldoktorkontrak 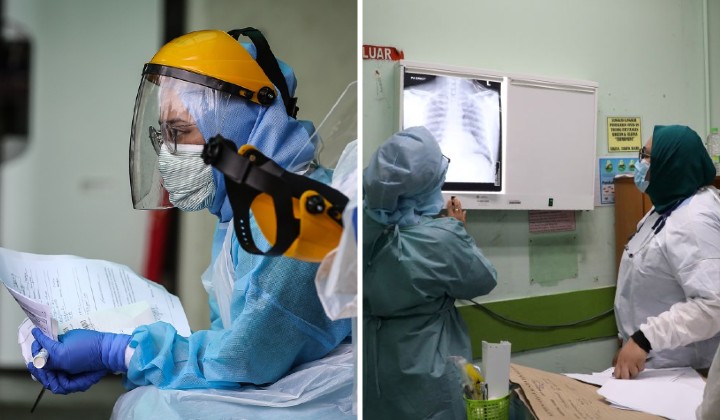 Close to 1,500 contract doctors have left their post from 2017 to June 2021, according to Deputy Health Minister Datuk Dr Noor Azmi Ghazali.

He said in Parliament that 1,497 medical personnel have resigned within that period and from January to 26 November this year alone, around 514 officers have quit their jobs.

Below is the breakdown according to year:

The reasons given were serving in the private sector and Statutory Bodies, personal reasons, further education, health problems, migrating abroad and opening their own clinic.

He gave the response to a query from Kuala Selangor MP Datuk Seri Dr Dzulkefly Ahmad who wanted to know the statistics on the number of graduate medical officers who had resigned by year and what were the reasons for their resignation, based on reports from Astro Awani.

Recently, disgruntled contract doctors have staged a protest in healthcare facilities around the country to voice out their dissatisfaction towards the ill-treatment faced by medical personnel who are under contract.

READ MORE: Malaysian Doctors Protest Despite Being Warned Not To

Low wages and lack of access to things such as the government’s Hadiah Latihan Persekutuan (HLP) scholarship program were cited as some of the reasons why they protested.

READ MORE: Why Are Malaysian Doctors Planning To Go On Strike?

Sg Buloh Hospital Frontliners: We Have Not Received Our Allowances Since MCO Started In March