Is Ipoh’s LRT ride on a track to nowhere? 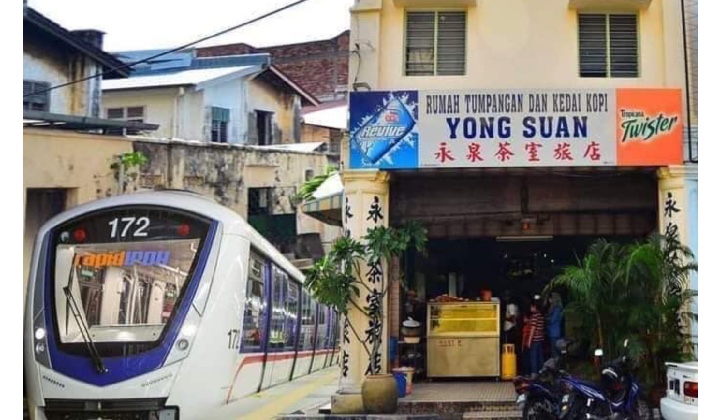 Recently, it was announced that Ipoh will have its own Light Rail Transit (LRT) service.

Doubts have been raised about the project which has been touted to transform how Ipoh folks commute.

The promised service frequency of six minutes, with two routes of 16 stations each covering a total length of 58 kilometres, have been thrown into question.

He said the project is likely to incur unexpected change in its budget that ends up increasing the total project cost.

Steven Lee, a Green Project Management (GPM) consultant and assessor, said the geologic conditions in Ipoh may not be suitable for tunnels and underground excavations.

Ipoh rockbed is near the ground level. Only Yik Foong Complex has two levels of basement parking and this was because they were extracting tin ore. Other buildings have sub-basement parking or above ground parking. To build a tunnel under Ipoh will be very, very expensive.

The project, however, did not specify if it would involve underground construction.

Others are concerned if there will be sufficient demand for that mode of transportation to recover the cost, especially for a city as large and widespread as Ipoh.

Facebook user HY Takada said it would be difficult to get people to move away from using cars and motorcycles in Ipoh.

Everything is within a 20 minute drive and it’s far easier to use a car than to drive to station / park your car /go onto the train and reverse the process when you are done in town.

Some Ipoh folks are also against the project because it might cut through the city’s beautiful landscapes of limestone hills.

The public also expressed concern that corruption and wastage are particularly rampant in large and uncommon projects where the government is the client/owner.

Meanwhile, Supporters Have Also Dug In.

Dr Ho Tak Ming from the Perak Heritage Society told The Rakyat Post that the project, despite being a demand on public resources, is a necessity.

However, it must be implemented properly, he stressed.

Public transportation contributes to a healthier environment by improving air quality and reducing oil consumption. Furthermore, the infrastructure of Ipoh – once the centre of one of the world’s biggest tin mining communities – had remained the same for 40 years since the tin industry collapsed in the late 1980s.

The LRT, announced by the Ipoh City Council (MBI) recently, is part of the Draft Ipoh City Local Plan 2035 (Replacement).

The proposed routes are Meru Raya-Ipoh-Batu Gajah (30km) and Bandar Sunway-Ipoh-Simpang Pulai (28km) and the service frequency is six minutes.

Netizens expressed hope that it would also cover neighbouring satellite towns such as like Menglembu, Lahat, Batu Gajah, Gopeng and Chemor with their industrial base.