A father’s post on social media depicting the mistreatment of his autistic son at a childcare centre has gone viral. 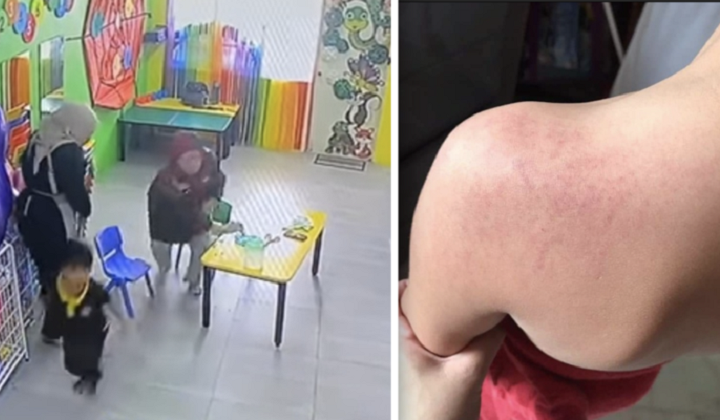 Society used to be less aware of child abuse and neglect but the era of social media has changed everything.

Igniting a recent outroar on child abuse is the case of an autistic child who was apparently abused at a centre for children with special needs in Bandar Baru Ampang, suffering bruise marks on his body.

His teacher, who is also the principal and owner of the centre, remains unapologetic and insisted she did nothing wrong in handling the boy.

But the child’s father, Tengku Aminudin Shafiq, says his son was the victim of abuse after watching the CCTV footage at the centre.

Tengku Aminudin has shared his experience on social media as a warning to other parents against the centre.

In a Facebook posting on Sunday, Tengku Aminudin shared how his hopes of them caring for his son were dashed.

He had expected the centre – which charges a premium fee – to be very capable and knowledgeable with specialises skills and techniques in managing special children.

Tengku Aminudin was also aghast that he was not allowed to take CCTV recordings, although he managed to record a bit of it using his phone.

In a short video recording of the CCTV footage, the teacher tried to force his son, who is a picky eater, to eat.

Refusing to eat, the boy spat out the food from his mouth and tried to run away.

At this point, the teacher forcefully grabbed Tengku Noah by his arm and forced him to sit down.

The teacher could be heard in the background defending her action in the video recording by Tengku Aminudin, which lasted less than one minute.

Tengku Aminudin is taking the matter to the police and is taking his son for a medical check-up.

Legal action had also been initiated against the centre.

“I could not accept their actions and had to take appropriate action against the centre.

“These children are special and if they are treated in this way, I wonder what is the value of compassion in themselves and their souls.

“What about the fate of the other children?” he wrote.

To add salt to the wound, he later found out from the Welfare Department that the centre was not registered as a child care centre, nor are the teachers qualified to teach autistic children.

His sharing has attracted significant backlash from netizens against the teacher and the centre.

In giving them an earful of comments, netizens shared the posting more than 21,000 times at the time of writing.

The teacher was subsequently detained by the police today (Monday, 4 October 2021).

According to a media report, the suspect is a foreigner.

It is found that her visa documents had expired for more than a year.

It was also revealed that the centre, which had been operating for seven years, had let its license expire two months ago.