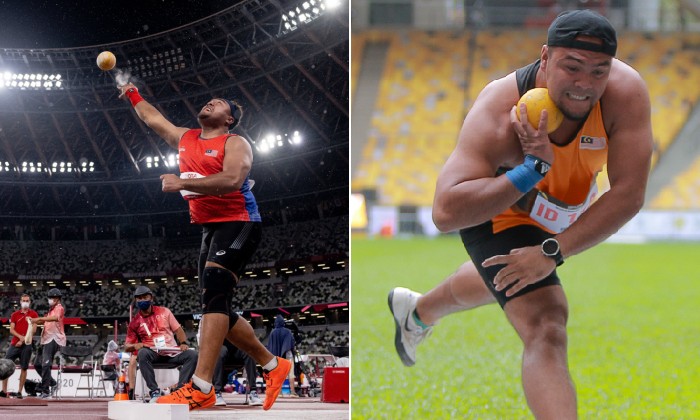 Words fail to describe how disappointed Malaysians are feeling today (1 September) over the disqualification of our national Paralympian Muhmmad Ziyad Zolkepli, who should’ve won gold for his record-breaking performance at the men’s Shot Put F20 finals in the Tokyo 2020 Paralympic Games.

Besides claiming what was initially thought to be an overwhelming victory at the event, Ziyad had also broken two world records for hurling a solid iron ball at a distance of 17.94m meters – smashing the previous records that he himself had set back in 2017 as well as the record set by able-bodied athletes in the track-and-field game.

However, the nation’s celebrations were short-lived when the World Para Athletics Jury of Appeal (JOP) made a decision that would take away Malaysia’s gold medal over a small technicality.

It is understood that Malaysia’s victory was taken away right after the competition ended.

Ziyad’s gold medal was apparently revoked following protests made by Ukrainian para-athlete Maksym Koval who claimed that the former and two other athletes, Jordi Patricio Congo Villalba of Ecuador and Todd Hodgets from Australia, had committed a “Call Room” violation and was late to attend the event.

The Call Room, as the name implies, is basically a waiting area for athletes to gather and prepare to be “competition ready” before they are called into the stadium.

Despite counter-protesting the official results, Malaysia, Ecuador and Australia were still disqualified based on the World Para Athletics Rule 5.5 for “Failure to Report to the Call Room” which states that in case athletes are not present in the Call Room on schedule, they will be shown in the results as “Did Not Start” or DNS.

After having considering all evidence, the referee determined that there were no justifiable reasons as to why the athletes failed to report to the Call Room on time.

The JOP maintained its stance on naming Ukraine’s Maksym Koval as the gold medal winner, followed by his teammate Oleksandr Yarovyi who took home the silver medal, and Efstratios Nikolaidis from Greece was declared the bronze medalist.

Sharing some insight into what supposedly happened, award-winning sports journalist Ahmed Shahrazad Sani, who reports for Astro, laid out the issue on Twitter where he mentioned that Malaysia, Ecuador and Australia had only been allowed to participate in the competition “Under Protest”.

According to his Tweet, all three athletes from Malaysia, Ecuador and Australia had been late to attend the competition and were apparently still at the training field when the event was called at 5.55 pm (Tokyo time).

Rainy weather and a crowded stadium were said to have prevented the athletes from entering the Call Room on time and they were effectively late to report in and initially not allowed to participate in the finals.

The athletes had supposedly appealed then to be allowed to compete and were granted permission to participate under the conditions mentioned.

Malaysia, Ecuador and Australia were only made aware of the protest made by Ukraine during the competition and that all three athletes had been labelled DNS.

Despite having making appeals with the Paralympics committee, the formal result of the competition remains.

Malaysians, naturally, shared their woes over the decision on social media.

Anything can happen in sport, but this one so far the most shocking and made me speechless. #staystrongZiyad

Really heartbreaking and in disbelief.
Is this really what it has come too.

This is a shameful decision. An absolute disgrace that goes against the spirit of the Paralympics. If it was a call room violation you should have not allowed them to compete in the first place. Mean spirited and petty. A stolen gold medal and world record.

A few naughty netizens were also noted to have bombarded a number of social media pages associated with Ukraine with nasty comments resulting in a few channels being shut down for the time being.

In a few simple words, Ziyad the ‘Smiling Giant’ himself posted a soulful apology to his fellow countrymen and thanked them for their continued support.

Ziyad had previously made a promise to bring home the gold as a Merdeka treat for Malaysia and was adamant to break his previous records – something that he managed to accomplish spectacularly.

As mentioned by Prime Minister Datuk Seri Ismail Sabri Yaakob, the athlete, like all our national Paralympic heroes, still remain champions in our hearts.

TRP would like to congratulate Ziyad on his amazing achievements and as a quick note to Malaysians, let’s not be sore losers winners and cyberbully innocent and unsuspecting Ukrainians online m-kay…