149 out of 159 districts in Malaysia are now labelled as red zones. 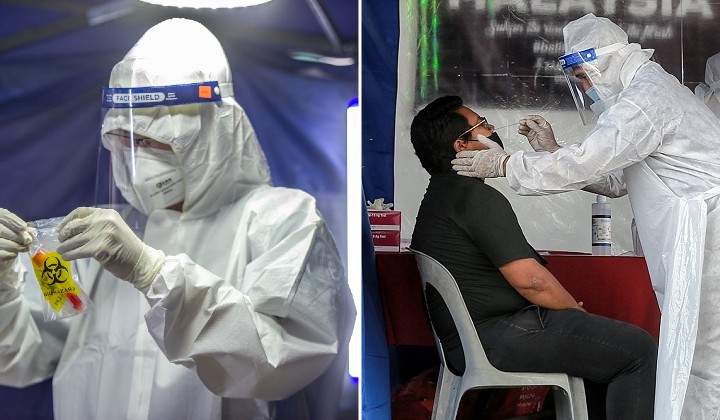 There’s an increase in Covid-19 cases, especially outside of the Klang Valley, with 94% of districts now labelled as red zones.

This is based on the Ministry of Health’s (MOH) 14-day movement data on the distribution of cases by district which shows that 149 out of a total of 159 districts in Malaysia are red zones.

The 10 districts that are not red zones? They are all in Sarawak.

Tanjung Manis is the only district in Malaysia which is still a green zone.

The stats show that all states and regions that recorded a decrease in cases were the ones that recorded vaccination rates of over 57% – namely Labuan, Selangor, Kuala Lumpur and Putrajaya, Negeri Sembilan and Melaka.

The exception to this are Sarawak and Perlis, which have vaccination rates of 87% and 66.1% respectively, but actually reported an increase in cases.

Here’s the breakdown of the increase in cases by state within that period (18 to 30 August):

During the 14-day period, a total of 296,652 Covid-19 cases were recorded nationwide up to yesterday, excluding foreign import cases, cross-state and district cases as well as cases in prisons, lockups and immigration detention depots (DTI).

While cases in Selangor are decreasing, it remains the state with the highest number of cases between August 18 to today with 79,388 cases, while Labuan was the lowest with only 43 cases.

Apart from that, six districts in three states collected the highest number of cases with five figures in the same period, namely: