He was criticized for using profanity and interrupting a woman in a professional setting. 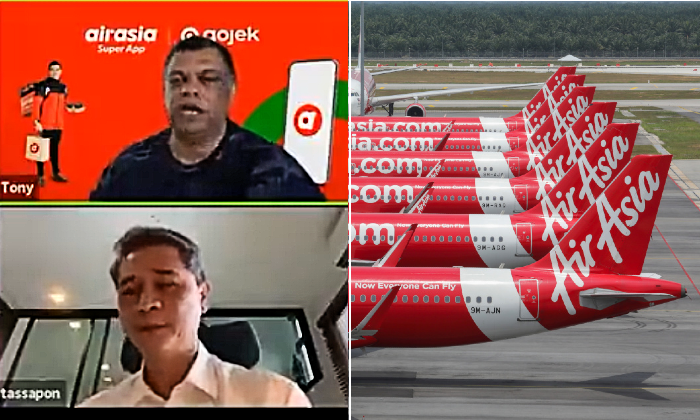 Reportedly, the meeting took place to discuss matters relating to the airline’s partnership with the Indonesian multi-service platform, Gojek.

Recordings of the meeting circulating online caught Tassapon interrupting a female Thai staff member who was making an inquiry during a call which was also attended by AirAsia Group CEO Tony Fernandes.

Tony meanwhile took a moment to praise the people present during the call for a job “well done” in dealing with Tassapon’s behaviour.

The video however sparked an online conversation on how the Chairman was disrespectful towards staff with many accusing Tassapon of being a bully and reprimanded him for the use of profanity in a professional setting.

There is no excuse for using profanity and here it’s clear he was bullying the staff who was trying to ask question. And he calls himself a leader. Great employer value proposition.

Some were even personally asking Tony for an explanation for what went down.

However, people also suggested that the snippet of the meeting may have been taken out of context and people might be blowing things out of proportion

It’s not bullying come on. It’s inappropriate language and he shouldn’t be using it. We’re also only seeing a clip of the whole conversation so can be taken out of context but let’s not overreact. He needs to be reminded on his conduct and that’s it

Probably taken out of context. How long was she rambling before the start of this clip. Could have been more than appropriate.

Tassapon apparently released an apology video two weeks after the events of the town hall.

In an internal correspondence with staff members on social media, the Chairman apologised to everyone involved and promised that it wouldn’t happen again.