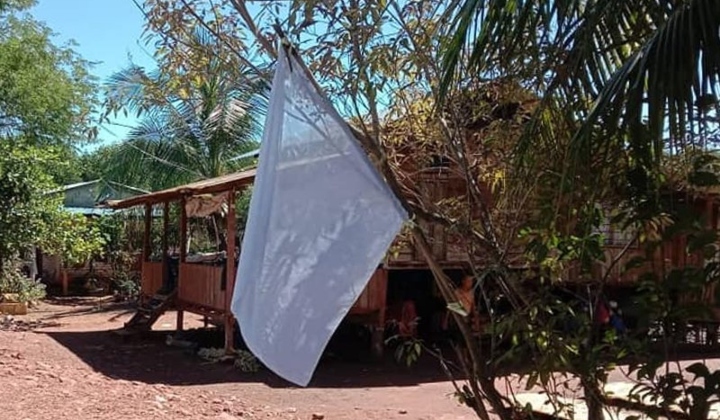 Imagine not wanting people to help other people because it makes you look bad for not helping.

Malaysians are banding together to help one another in the White Flag movement that has swept the nation, showing solidarity and providing assistance to those in need. Those in need of immediate assistance are displaying a white flag outside their house as a call for help.

In response, some people have taken a position against the movement, citing it as ‘political propaganda’, dismissing it as unnecessary, and some suggesting they turn to god and pray in their time of need instead.

You do not need to raise a white flag.

The Kuala Nerus MP urged his constituents to contact him instead, saying it is sufficient to alert him about their plight and stating that it is his duty to send assistance when they are in need.

Don’t surrender to these challenges by teaching the people to raise a white flag.

This MP suggests that people should turn to god and pray instead.

Kedah Menteri Besar Muhammad Sanusi Md Nor dismisses white flag movement as political propaganda and says the Kedah government won’t provide help for those who raise a white flag. Instead, he said only those who lodge a request for help by phone to the official channel of the Disaster Control Operation Centre (PKOB) will be given aid.

We have distributed PKOB numbers for all districts and the numbers for the people’s representative service centre for the public to call for food aid. You do not need to raise the white flag to ask PKOB for help when you can use social media platforms like WhatsApp and Facebook.

However, one young politician has slammed their dismissal of the campaign. Muar MP Syed Saddiq said he came across a single mother who had flown a white flag.

This is not Because of MCO, for months her kids could not come back. She’s a person in-need. To survive until next week is difficult because her supplies are exhausted and she has no money. This is NOT PROPAGANDA. Help them, don’t insult!

There are some who believe the movement is political propaganda because it highlights the failure of the government to help the people, using the #KerajaanGagal (Government Failure) hashtags together with #BenderaPutih or #WhiteFlag hashtags.

Many on both sides have been accused of politicising the movement. The simple act of helping those in need should not be subjected to such petty disagreements predicated on perception.

Too Many White Flags? Raise A Purple Flag To Donate To Your Community!