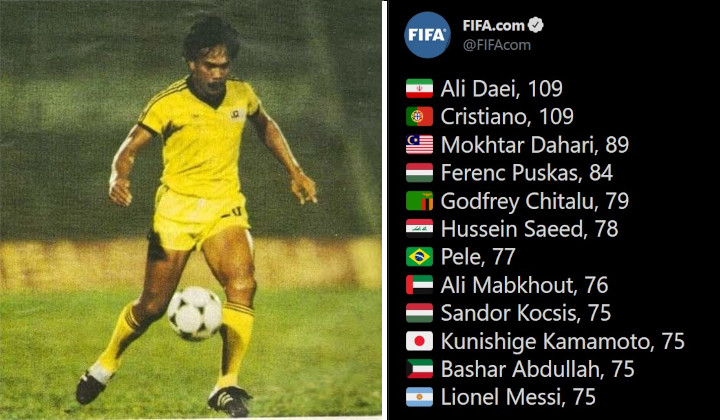 Malaysia’s legendary football player, the late Datuk Mohd Mokhtar Dahari, was acknowledged by FIFA as one of the top three goal scorer of all time with 89 goals. That’s even more than Pele who scored 77 goals.

The non-profit listed Mokhtar Dahari also know as “Supermokh” as one of the top 3 goal scorer in football of all time right alongside Portuguese footballer, Cristiano Ronaldo (109 goals) and Iranian footballer Ali Daei (also 109 goals).

Mokhtar Dahari scored a total of 89 goals for Malaysia in over 100 international matches throughout his 15-year career from 1972 to 1987.

The Kuala Lumpur born football icon was known for his strong bullet-like kick.