Yeo emphasized the importance of mass testing to facilitate efforts in controlling the Covid-19 pandemic. 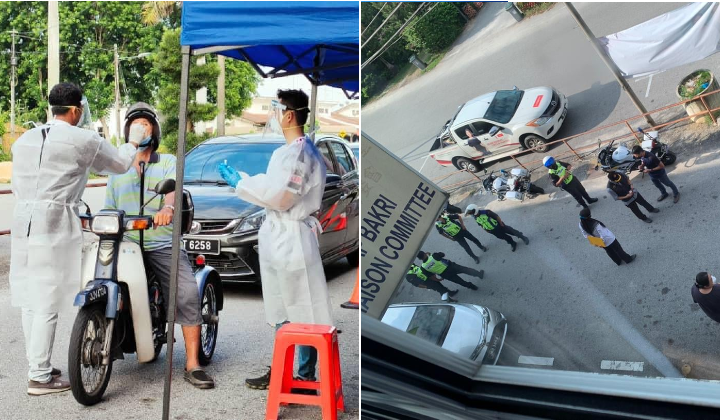 Bakri Member of Parliament (MP) Yeo Bee Yin questioned why a community Covid-19 testing program which was conducted in her constituency had been ordered to close by the Johor Health Department.

Postings made on her official social media account had noted that the ‘drive-thru’ Covid-19 testing site was raided by the authorities on 20 June.

The former Energy, Science, Technology, Environment and Climate Change Minister claimed that authorities had also threatened to revoke the license of the doctors who were on duty that day.

Yeo said that the community testing program had been organised by the Johor Democratic Action Party (DAP) to facilitate mass testing efforts and encourage more people to come forward for screenings.

She further emphasised the importance of mass testing to counter the Covid-19 plague and said that despite the government’s decision to put a price cap on Covid-19 tests kits, there were still many health facilities that were offering screenings at “unaffordable” prices.

Read More: Here’s What You Can Do If You’ve Been Overcharged For Covid-19 Tests

The MP also added that the Federal Government had not provided any clear guidelines on organizing mass-screening programs around the country.

Sporadic cases is on the rise. While 5% is the max positivity rate recommended by WHO (World Health Organization), Malaysia recorded 6% to 8% every day, Johor at one time even went near to 10%! Our daily figure is surely under-reported. Many have repeatedly call the government to do mass-testing, but fallen into deaf ears.

As of writing, there hasn’t been a formal reply from the Health Minister or the Johor Health Department on why the screening program had been closed.