His Majesty met with all political leaders, the Independent Special Committee on Emergency 2021, and experts from various government agencies. 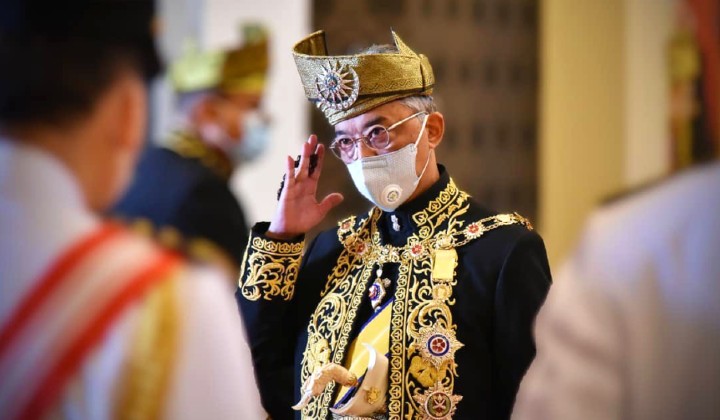 The Agong says Parliament should convene as soon as possible so the Emergency Ordinance and the National Recovery Plan could be discussed with the members of the Dewan Rakyat.

His Majesty Yang di-Pertuan Agong Al-Sultan Abdullah Ri’ayatuddin Al-Mustafa Billah Shah expressed this opinion after meeting with all of the nation’s political leaders, the Independent Special Committee on Emergency 2021, and after briefings by experts from various government agencies.

His Majesty reaffirms Parliament’s role as a platform for representatives of the people to convene and discuss various issues especially regarding the pandemic.

The Dewan Rakyat could also discuss issues regarding the government’s allocation to help the people in need and recover the nation’s economy.

His Majesty also hopes that the Covid-19 infection curve can be flattened and it is in his opinion that the only “exit strategy” to keep the spread of the Covid-19 pandemic under control is to through vaccination.

Therefore the Yang di-Pertuan Agong expressed his opinion that the government must take serious action, simplify the bureaucracy, and speed up the process of vaccination so that the goal of herd immunity (80% vaccination) will be achieved as soon as possible.

The Yang di-Pertuan Agong also expressed his opinion that there is a need for a strong and stable government that is able to function effectively in combating the Covid-19 pandemic and recover the nation’s economy.

The Yang di-Pertuan Agong also took the opportunity to express his gratitude to the other Malay Rulers, who sat with him today at the Istana Negara for a special meeting, for their continued support, and for their exemplary concern towards the nation’s issues and the welfare of the people.

He also expressed his highest gratitude towards the frontlines and all the people who have sacrificed their time and effort to combat the Covid-19 pandemic in the country.