The National Operations Council or MAGERAN was founded as a means to address national instability following the aftermath of the 13 May racial riots. 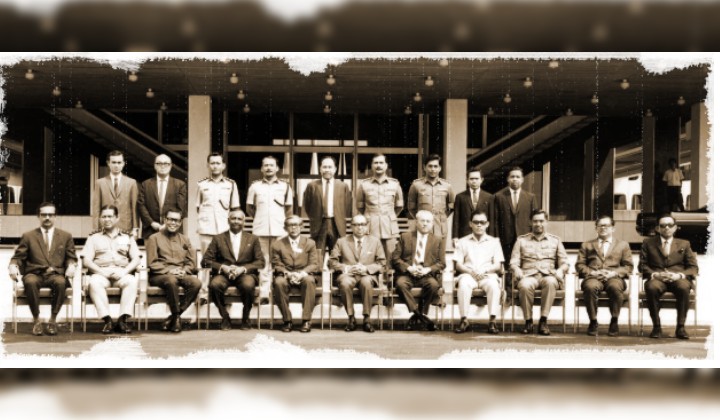 During the meeting he had with the Yang di-Pertuan Agong (YDPA) Al-Sultan Abdullah Ri’ayatuddin Al-Mustafa Billah Shah, former Prime Minister Dr Mahathir Mohamad had presented a proposal for the establishment of a special government body to temporarily take over the country’s administration.

This special team would bear resemblance to the Majlis Gerakan Negara (MAGERAN) which was once established in Malaysia following the racial riots in 1969.

Dr Mahathir explained that an administration such as MAGERAN may resolve the nation’s current health, economic and political crisis, adding that Parliament should also be convened and MAGERAN could be answerable to Parliament.

Reportedly, the YDPA wasn’t opposed to the idea, however, he would prefer if the plan was put forward by the Perikatan Nasional (PN) government instead.

The Pakatan Harapan (PH) opposition, lead by PKR President Datuk Seri Anwar Ibrahim, AMANAH President Mohamad Sabu and DAP Secretary-General Lim Guan Eng had rejected the proposal, stating that democracy should be restored and the Emergency should end instead.

So what is MAGERAN all about?

The National Operations Council or MAGERAN was founded on 16 May 1969 as a means to address the national instability following the aftermath of the 13 May racial incident.

At the time, a State of Emergency or Darurat had been declared in Malaysia resulting in the suspension of Parliament.

READ MORE: Malaysia Went Into Emergency Twice Before & It Was NOT Pretty

MAGERAN had functioned as a caretaker government operating from 1969 until it was dissolved in 1971 with the intention to restore public order.

Who was in MAGERAN?

MAGERAN was made up of 14 members led by then Deputy Prime Minister, Tun Abdul Razak, who became its Director of Operations. The Prime Minister at the time, Tunku Abdul Rahman, played a role in consulting MAGERAN.

What did MAGERAN do?

MAGERAN pretty much laid the foundations for the Malaysia that we know today.

Historians from the National Archives concluded that the council had served to restore peace and the rule of law in the country, ensuring the establishment of a proper government administration as well as creating racial harmony and prosperity in Malaysia.

Some of the major contributions of MAGERAN were;