They labeled Israel as the Occupying Power with inhumane, colonial, and apartheid policies towards the Palestinians. 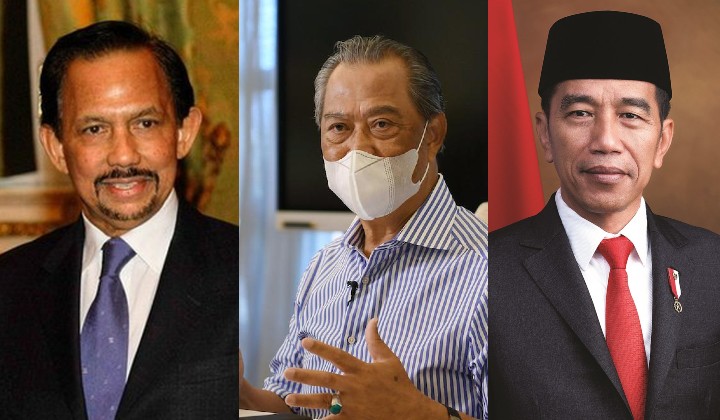 Leaders of Malaysia, Indonesia, and Brunei, in a joint statement, have condemned the Israeli government’s targetting of civilians throughout the Occupied Palestinian Territory.

They also voiced their grave concerns regarding the illegal expansion of settlements, and the demolition and seizures of Palestinian-owned structures across the occupied West Bank, including East Jerusalem.

We also unreservedly condemn the flagrant violations of international law, including humanitarian and human rights law, perpetrated by Israel, the Occupying Power, through its inhumane, colonial, and apartheid policies towards the Palestinians in the Occupied Palestinian Territory, and therefore call for an urgent and responsible collective action to ensure the necessary accountability for such violations.

The three leaders called for restraint and for attacks against civilians to cease, and encouraged de-escalation and upholding international law and order.

We urge both parties to accept a temporary international presence in the City of Al-Quds, to monitor the cessation of hostilities in the Occupied Territory of Palestine.

We call upon the international community to remain resolute in their commitment to safeguarding the “two-state solution” towards achieving an independent State of Palestine, based on the pre-1967 borders, with East Jerusalem as its capital.
We reiterate our solidarity with, and commitment to the Palestinian people, including their rights to self-determination, and the creation of an independent and sovereign State of Palestine.