Takiyuddin said that the EC is looking into a few matters before implementing it. 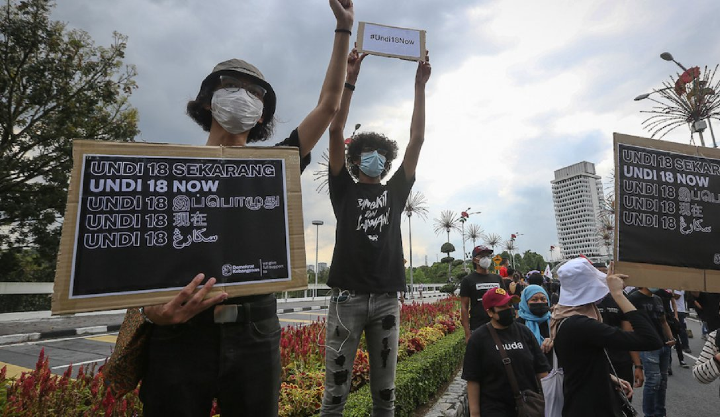 There’s a possibility for Undi 18 to be implemented this year, according to Law Minister Datuk Seri Takiyuddin Hassan.

Bernama quoted the Minister who said that the Election Commission (EC) is currently looking into a few matters before going ahead with the implementation, which is expected to be in July.

This will enable voters aged 18 years and above to vote in the next General Election.

However, I can’t give an exact timeframe but definitely within this year. If we can do it this July, we will do it.

He said that the government supports the change and amend Article 119 of the Federal Constitution, lowering the minimum voting age from 21 to 18.

Takiyuddin added that the process took some time as many aspects need to be taken into consideration, especially the legal aspect.

When there is a change in terms of policy, for example, from age 21 to 18, there are certain laws that need to be amended and improved, because under the election there are many laws such as the Election Offences Act and there are regulations on the running of the election and so on.

He said that the EC will take the necessary action to resolve matters regarding the legislation.

Secondly, technical issues also need action taken by the government, especially by the EC, because when Undi 18 is implemented then the number (of voters) will increase and it needs to upgrade its computer software and so on.

The news is well-received

Muar Member of Parliament, Syed Saddiq Syed Abdul Rahman will give his full support in the effort to ensure that Undi 18 is enforced if it can be implemented as soon as possible.

Sinar Harian quoted the Founder of Malaysian United Democratic Alliance (Muda) who said that in January, the Perikatan Nasional (PN) government was rumoured to be postponing the implementation, but had heeded the demands of the public.

In line with the Undi 18 initiative, youth activist groups have also urged the government to consider to limit the age of MPs to 65 years old as they said that the current political situation has led the country to become a nation run by the older generation (gerontocracy).