Government’s attempt to designate CBN as a national heritage site was objected by the school’s administration. 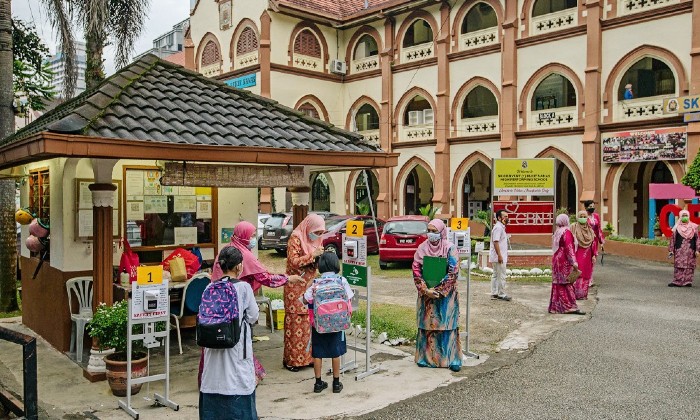 A statement published by the Prime Minister’s Office (PMO) said that Putrajaya recognized CBN’s century-long contributions to the nation and approved of the extension specifically for educational purposes.

The government hopes that the school will continue producing quality-educated individuals for the good of the country and remains on the Education Ministry’s Cluster School of Excellence list of top institutions.

Malaysians recently began a movement to “Save SMK Convent Bukit Nanas” after it became public that the school’s land lease was due to expire on 6 September 2021 and that its administration was challenging the government’s ruling not to renew the lease.

Many, including some of the CBN’s prominent alumni former ministers such as Tan Sri Rafidah Aziz, made appeals for the historic building to be recognized as a national heritage site.

However, according to the Federal Territories, Land and Mines Office (PPTGWP) the decision not to renew CBN’s land lease was in order to revert it back to the government and re-gazette it into a fully government-aided school.

READ MORE: Why Are Malaysians Trying To Save Convent Bukit Nanas?

So, following this latest development, the Tourism, Arts and Culture Ministry (MOTAC) says the government had attempted and failed to designate CBN as a heritage site under the National Heritage Act 2005 (Act 645).

A statement made by MOTAC said that the National Heritage Department (JWN) had in 2008 begun the process to declare CBN as a national heritage site with the Federal Government, which later approved the request in 2010.

However, the move was objected to by CBN’s administration in 2011 and the school was never designated.

MOTAC Minister Datuk Seri Nancy Shukri said that CBN fits the bill to be recognized as a heritage site based on its history, architecture, and legacy.

The minister states that CBN’s administration can maintain its control over the school even after it’s designated as a national heritage site and emplores the school board to consider doing so to conserve and protect the building.

Notably, designation as a heritage site under Act 645 will not affect ownership, custody, and administration. Gazettement will not take any ownership of the land, but in fact, the land will remain under the official ownership stated in official records.