The clip shows the teacher throwing the boy to the ground. 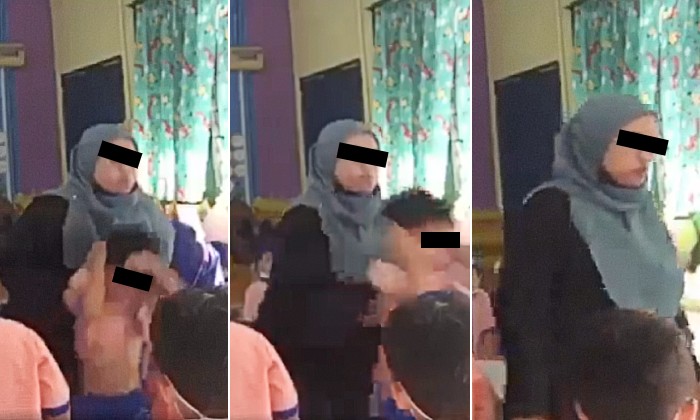 Malaysians are outraged by disturbing footage of a preschool teacher abusing a child under her care at a kindergarten in Shah Alam, Selangor.

A 10-second clip that’s gone viral online caught the woman throwing a little boy to the ground, twice, in front of a classroom full of other children.

The video showed the woman first shoving the child to the ground before picking him up by the arms only to throw him to the ground again.

Apparently, another teacher was also present in the room during the incident.

According to reports, the abusive teacher was immediately fired from her job.

The Shah Alam police also confirmed that the child’s mother came to report on what happened and that investigators already took statements from the individual who recorded the video.

They’ve also called the now ex-teacher in for questioning.

The case is being investigated under Section 31(1) of the Child Act 2001 (Act 611) for ill-treatment towards children which carries a maximum punishment of a RM20,000 fine, 10-years in prison or both, upon conviction.

A 2019 survey revealed that although Malaysian parents agree with disciplining misbehaving children, they are still uncomfortable with other people, particularly teachers, being physical with their kids.

READ MORE: Most Malaysian Parents Are A-OK With Beating Their Kids

Malaysian law also prohibits intentionally causing harm to children especially if they are not yours or under your care.