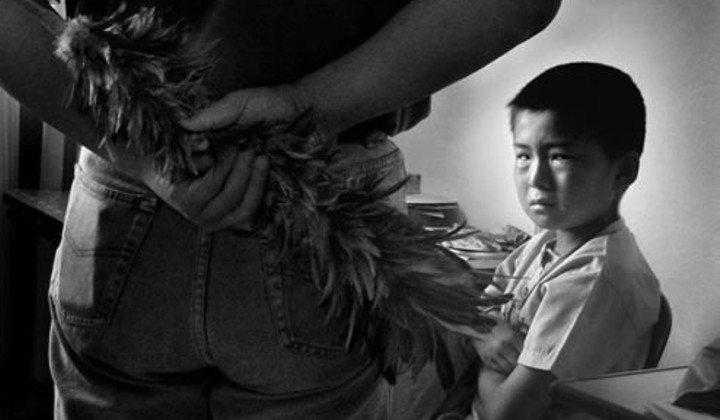 This seriously shouldn’t come as a surprise to anyone right…

Most of us already know (mostly from personal experience…) that when it comes to the subject of disciplining children, many Malaysian parents believe that there is absolutely nothing wrong with a little bit of tough love.

A recent survey done by the international polling agency YouGov found that 81% of Malaysian parents believe that having a firm hand is the best means of educating a child.

The survey which pools the opinions of 619 parents concluded that a majority of Malaysian households agree that physical means of discipline were necessary for keeping kids in line, proving that in the minds of Malaysian parents, a good beating never fails to straighten out a troubled child.

According to poll results, 63% of parents approve of physical punishment when it comes to cases of theft and stealing.

54% of parents agree to beat their kids if they were caught bullying.

And 51% of Malaysian parents have no problem with giving their children a good smacking if they are to get themselves involved with any form of violence whatsoever. (A little ironic, but never mind…)

But this ironclad justice does come with a twist.

Even though 85% of Malaysian parents themselves experienced corporal punishment while growing up (which explains a lot…) and having no problem with raising their hands at their own children. They are less comfortable with others doing so.

YouGov survey found that only 47% of respondents agreed that physical punishment should be allowed in school, leaving 20% saying no, and the rest still undecided on the issue.

The study concluded that 17% of parents never physically punish their children and that fathers were more open to the idea of corporal punishment than mothers were.

Though 24% of the respondents do believe that corporal punishment is equivalent to child abuse, overall, the survey finds that 73% of Malaysian parents still strongly believe that beating your kids is necessary.

Recently news broke of a viral incident involving the caning of a secondary school student in Johor.

Though the issue had since been resolved, it seems that the topic is still hot on the debate among Malaysians.

So why not share with us your thoughts on the matter…

Is it okay for parents to be beating their kids to keep them from getting into trouble?

Should teachers and schools be allowed to use the same means of corporal punishment for the children under their watch?

Let us know in the comments.