Allegedly he laundered $1.5 million through the American financial system to evade sanctions. 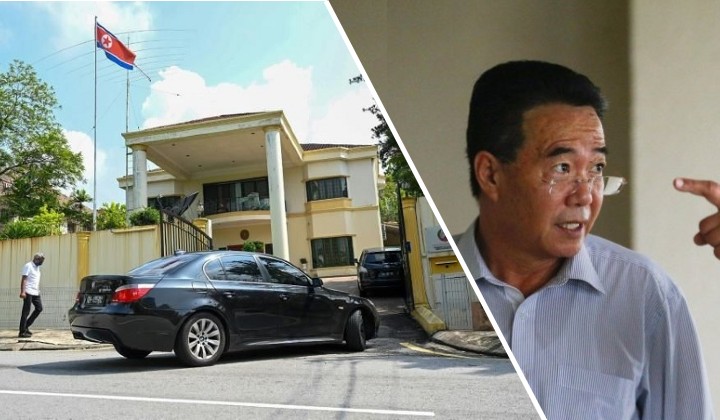 A North Korean businessman named Mun Chol Myong is accused by the United States of laundering money to circumvent United States(US) and United Nations (UN) sanctions intended to curb his country’s nuclear weapons programme. He was recently extradited from Malaysia, causing North Korea to cut ties with it.

Prior to his arrest in 2019 and now pending extradition, Mun Chol Myong lived in Malaysia with his family for a decade.

From there, the FBI alleges he laundered funds through front companies and facilitated shipments of prohibited luxury goods from Singapore on behalf of the North Korean regime, violating both UN and US sanctions.

In his affidavit, Mun denied all allegations and described himself as a victim of a “politically motivated” extradition, unfairly caught between diplomatic crosshairs aimed at pressuring North Korea to halt its nuclear weapons and ballistic missile program.

The indictment also stated that Mun had relocated to Malaysia from Singapore, where he worked at a firm called Sinsar Trading which is alleged to have been predominantly focused on the procurement of sanctioned luxury goods such as liquor and tobacco.

According to US indictments, he is accused of money laundering

Mun is accused of defrauding US banks and laundering money in transactions totaling more than $1.5 million through the American financial system to evade sanctions imposed on North Korea by the US and UN.

The court papers indicated US authorities had indicted others in the case, including “Chinese co-conspirator” companies and individuals whose names were redacted.

Allegedly, he is affiliated with the Reconnaissance General Bureau (RGB) in North Korea.

The indictment against Mun alleges that he is affiliated with the Reconnaissance General Bureau, the primary intelligence organization of North Korea. That entity is the subject of intense US and UN sanctions.

His extradition has caused a diplomatic rift between Malaysia & North Korea

Mun’s extradition has sparked a diplomatic dispute between his home country and Malaysia. Both countries have severed ties.

Malaysia had been one of Pyongyang’s few allies. However after the 2017 assassination of North Korean Leader Kim Jong-un’s half-brother at Kuala Lumpur International Airport (KLIA), ties were severely strained.

Malaysia denounced Pyongyang’s move and announced it would officially close its mission in North Korea. Malaysia’s operations however had already been suspended since the murder of Kim Jong-un’s half-brother.

His extradition marks for the first time in history that a North Korean businessman has been extradited to the United states to face charges of money laundering as well as for the act of supplying luxury goods to North Korea.

It is also seen as a major development in sanctions enforcement against North Korean activity abroad.

From the Malaysian perspective, it signals Malaysia’s commitment to upholding the integrity of the global financial system as well as countering its global reputation as a hotspot for sanction evasion.

While this single extradition may not hamper North Korea’s overall illicit financial operations in Southeast Asia, responsible nations can leverage Malaysia’s decision when engaging in diplomatic dialogue with other ASEAN member states on issues pertaining to international law and North Korea.