It was a response to fake ads circulating online recently. 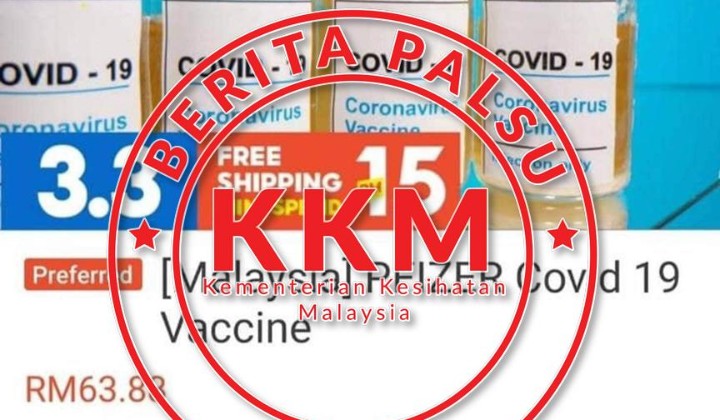 The Health Ministry is the sole distributor of Covid-19 vaccines and any sort of selling or distribution of the vaccine through other mediums are not allowed.

In a tweet shared recently, the Ministry said that vaccines that appear on online market stores might be fake or come from incredulous sources.

It was reported previously that the vaccine was made available online, which alarmed both the Ministry and also Shopee, an e-commerce platform who denied that the ad was featured before.

Based on the picture which went viral, the vaccine was priced at around RM60 per vial.

The Ministry later tweeted that the ad was a fake.