We thought cases would go down, but it looks like they’ll keep going up. 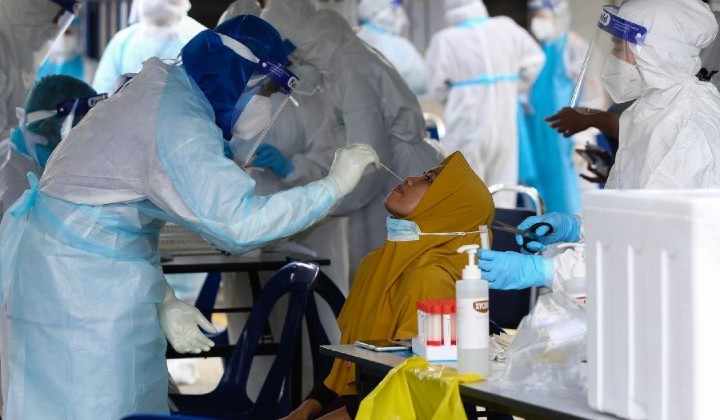 Yes, we hoped that by now, the third wave of Covid-19 cases in Malaysia, which began on 20 September 2020, would start to slow down. But instead, the Health Ministry continues to report three-digit new daily cases in the Klang Valley with thousands nationwide.

With Christmas and New Years being just a week ago, we can expect that numbers will likely continue to rise. The virus is still in our community and spreading as easily as ever.

We took a look at the active clusters in the Klang Valley to bring you information and some insight on the Covid-19 situation here.

Teratai Cluster, the largest cluster in the Klang Valley, and all of Malaysia

Yesterday (6 January), the Teratai cluster recorded another 85 positive individuals. This brings the total number of positive cases to 6,374 out of the 9,445 screened.

At the time of writing, the cluster currently has 727 active cases, with none presently in the intensive care unit (ICU).

Approximately 5,646 people in the cluster have made full recoveries, while one person in the cluster has perished from Covid-19, Nepalese Yamnarayan Chaudhary Tharu, 29, who worked as a security guard with Top Glove, died on 12 December.

The Teratai cluster was detected on 7 November 2020, involving the districts of Klang, Kuala Selangor, Petaling and Hulu Langat in the state of Selangor.

Linked to the world’s largest glove maker, Top Glove had to temporarily shut down 28 of its factories in stages due to a significant number of their factory workers becoming infected with the virus.

According to Health Director-General Tan Sri Dr Noor Hisham Abdullah, the cluster has since spread beyond the factory worker’s circle and grown to the second generation of infections, with cases detected in Kuala Lumpur, Putrajaya and Terengganu.

The index case for this cluster was a woman from Kuala Langat who tested positive in Tawau, Sabah on 5 October 2020. She was then admitted to Tawau Hospital in Sabah.

On 22 October, news outlets reported that the cluster had affected schoolchildren at a school in Negeri Sembilan which had to be temporarily closed.

The cluster also eventually involved residents of Sungai Emas Flat in Kuala Langat who were placed under a Targeted Enhanced Movement Control Order (TEMCO) from 28 October until 10 November due to several positive cases related to the cluster being detected there.

While the cluster did not record any new cases yesterday, it saw five new cases on 4 January, making its total number of positive cases 372, out of the 2,589 people screened.

The cluster currently has 62 active cases, 310 recoveries and no deaths.

Reported on 13 December 2020, this cluster has resulted in the deaths of 3 people.

The index case tested positive on 8 December through the Health Ministry’s symptomatic screening. Close contact tracing discovered another 30 positive individuals out of the 351 screened.

The cluster involved high-risk individuals in Petaling, Hulu Langat, Klang and Sepang in Selangor, and Lembah Pantai in Kuala Lumpur.

Still very much infectious, the cluster recorded 2 new positive cases just yesterday (6 January), bringing its total number of affected individuals to 85, out of the total 426 screened.

It has also spread outside the Klang Valley, to Putrajaya and Negeri Sembilan.

There are still 24 active cases in this cluster, while 58 individuals have managed to recover.