May 2021 bring with it fixed potholes. 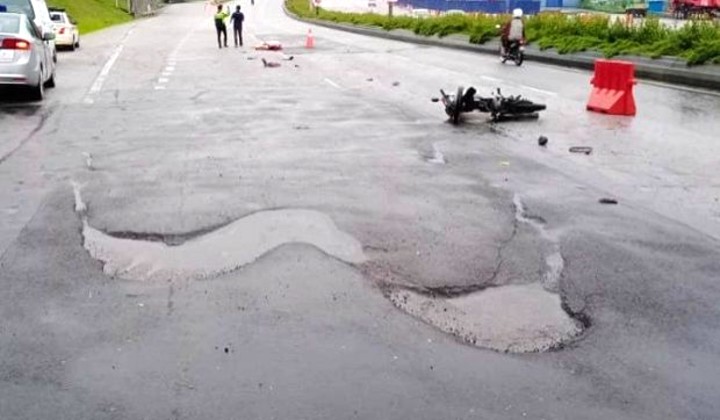 In the beginning of the new year, an elderly man lost his life when travelling along Jalan Connaught towards Mid Valley Megamall from Cheras.

The 75-year-old motorcyclist, identified as Ho Yan Yee, had hit a pothole and fell onto the ground on the morning of 3 January 2021. According to initial investigations, he died immediately.

Kuala Lumpur Traffic Investigation and Enforcement Department chief Zulkefly Yahya noted that his remains will be taken to the Universiti Kebangsaan Malaysia Hospital for a post-mortem.

This happened exactly a week after Science, Technology and Innovation Minister Khairy Jamaluddin Abu Bakar, commonly referred to as KJ, took a tumble and suffered minor injuries after hitting a pothole. The Kuala Langat Public Works Department (JKR Kuala Langat) was extremely quick to issue an apology to the minister and promised to repair the pothole.

The viral incident highlighted the double standards faced by Malaysians, who took to social media to point out that potholes are a dime a dozen in the country and many avoidable tragedies have been caused by them without so much as a peep.

As of the time of writing, the Public Works Deparments has yet to respond.