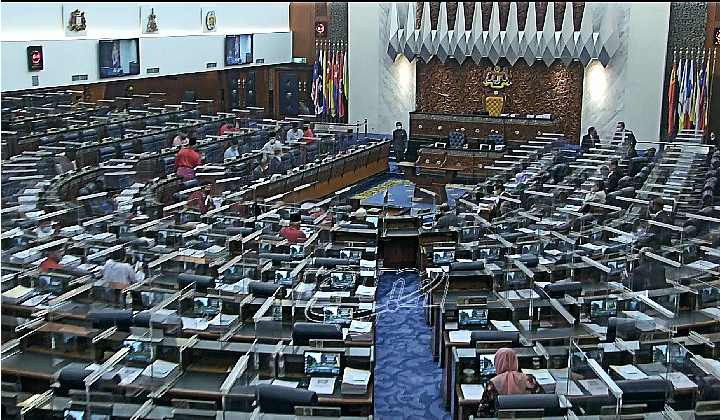 Speaker Datuk Azhar Azizan Harun has allowed all Members of Parliament into the Dewan Rakyat for the tabling of Budget 2021.

Before the Budget was even announced, Opposition leader Datuk Seri Anwar Ibrahim proposed that other MPs be allowed into the hall.

However, the Speaker said the matter had been discussed and agreed upon previously by the whips.

Eventually, despite objections by Minister of Parliamentary Affairs Datuk Takiyuddin Hassan, the Speaker eventually relented and gave 10 minutes for the other MPs to enter.

The Speaker pointed out that despite the allowances made today, he repeated that the matter had been decided by all the whips and that in the future, such matters should be settled beforehand.

Previously, it was agreed that only 80 MPs could sit in the Dewan Rakyat with the rest outside due to fears of Covid-19.