Malaysians are obviously unhappy with his statement. 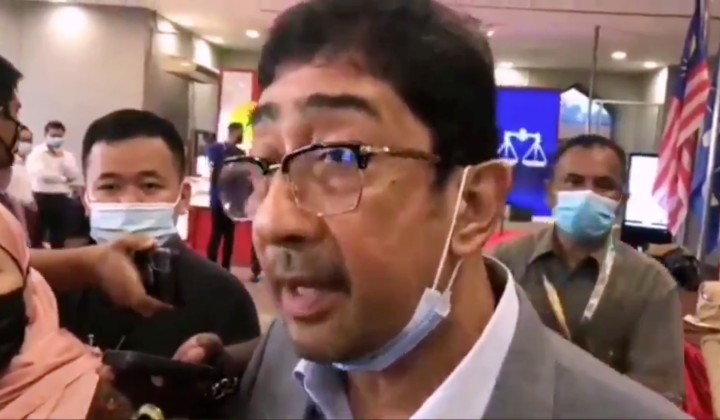 The current political turmoil in Malaysia was caused by the rakyat who voted for Pakatan Harapan (PH) as the government in the 2018 general election, said Padang Besar MP Datuk Zahidi Zainul Abidin.

Zahidi, who is a deputy minister in the Perikatan Nasional (PN) federal government, and the same dude who accused Veveonah Mosibin of lying last month, said the people should not blame politicians for the current state of affairs in the country, adding that “politicians” were merely trying to rectify the situation.

Zahidi made the statement while responding to a question by members of the media.

A clip of the response was shared on Twitter yesterday evening by user @TypicalMsian and it has since garnered a total of about 11.9K retweets.

The rakyat decided and made the current situation the way it is. Politicians are only trying to rectify the situation. So how are we going to fix it? Well, that’s what we should be talking about.

He said the state of the economy and current political impasse was caused by the previous PH government who had been voted in by the rakyat during the last general election.

The rakyat only voted for PH because they were duped.

He added that Malaysians had been duped by PH’s promises, many of which were never fulfilled, and were now paying for it.

Malaysian Twitter users were understandably annoyed with Zahidi over his statement. One Twitter user, in particular, pointed out that Zahidi has managed to piss off the rakyat on a monthly basis.

Another sarcastically agreed to his statement that politicians are working to rectify the situation with a clever meme.

While a few others highlighted that Zahidi’s response reflects the mentality of Malaysian politicians who have so far not taken any responsibility for the rising cases in Sabah following the state elections held there.