Environment Minister says the stink is the same. 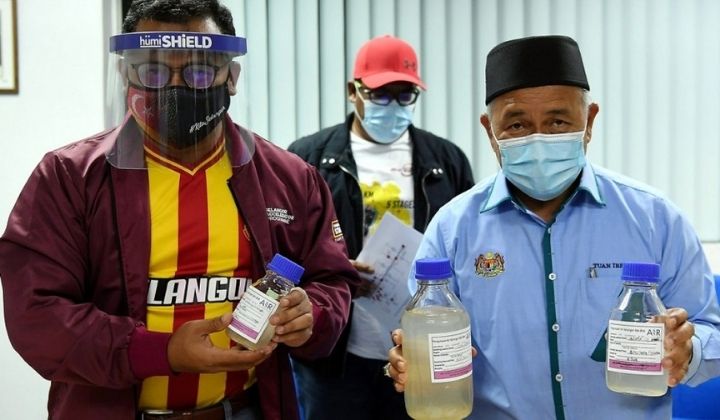 The source of pollution that has caused an unscheduled disruption of water supply starting last night to some 300,000 houses in Selangor has been identified.

Environment Minister Datuk Tuan Ibrahim Tuan Man said on Twitter that checks found that waste and organic compound had been dumped in bushes at the edge of an industrial zone on Jalan Emas in Negeri Sembilan.

“The bad smell is almost the same as the smell that caused the Sungai Semenyih Water Treatment Plant to stop working yesterday,” said Tuan Ibrahim in his tweet.

As such there is currently an unscheduled disruption of water supply to 273 locations, affecting 309,605 consumer accounts accross four districts; Petaling, Hulu Langat, Kuala Langat and Sepang.

“At this time we have not been able to anticipate the period of plant re-operation and supply restoration. Air Selangor will inform of developments related to this incident from time to time through all mediums, especially the mass media,” wrote Elina.

The full statement, in Bahasa Malaysia, as well as the details of effected areas can be seen HERE.