No majority, no power. 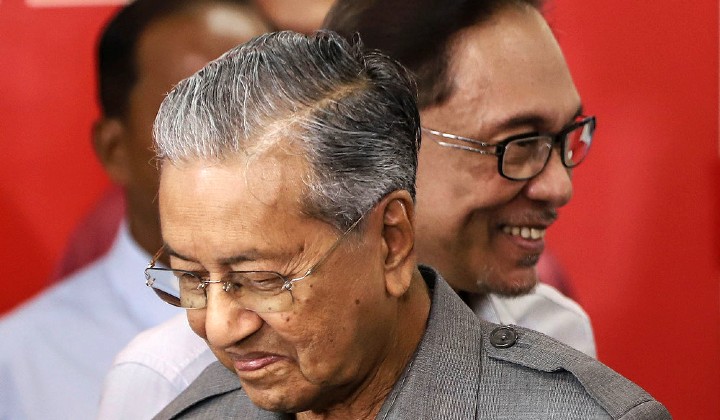 Pejuang Chairman Tun Dr. Mahathir Mohamad petitions that without the backing of Umno and Barisan Nasional (BN) Members of Parliament (MP) who’ve rumored to have switched allegiances in support of PKR President Datuk Seri Anwar Ibrahim, Prime Minister Tan Sri Muhyiddin Yassin no longer has the majority in Parliament to maintain his premiership.

Responding to reports of Umno President Datuk Seri Ahmad Zahid Hamidi’s claims that several Umno and BN politicians were in support of Anwar’s run as the 9th PM, Mahathir says that Muhyiddin is now short on support to remain as Malaysia’s prime minister.

With a statement released on social media, Mahathir writes that Muhyiddin had only managed to remain in power by a very slim and questionable majority in the Dewan Rakyat.

He said that Muhyiddin’s claim to power could have earlier been determined if his no-confidence motion against the latter had come to pass.

The 95-year-old politician explains that the no-confidence vote would have worked to either solidify Muhyiddin’s leadership or ushered in the formation of a more legitimate government if the PM didn’t get the passing vote.

Mahathir said that currently it was more important to determine if Muhyiddin still has the support he needs to remain in power rather than focus on Anwar.

Whether Datuk Seri Anwar has the majority is second, and this is something that he needs to prove.

Additionally, Mahathir also claims that the support Anwar had gained from Umno and BN could not have been given free of charge.

Mahathir believes that the allegiance must’ve come with conditions that would benefit Zahid Hamidi as well as Datuk Seri Najib Razak.

If the wants of the two leaders are not met, then they would act the same way as they did to Tan Sri Muhyiddin and pull thor support and topple the government.