As expected, you get some supporters, some naysayers, and more than a few haters. 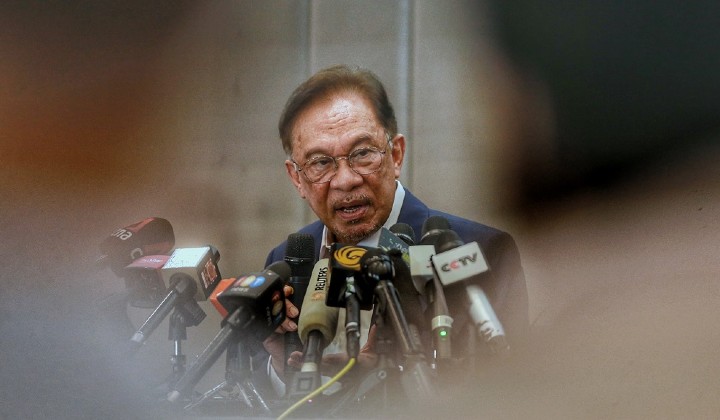 In news that shocked the nation, Parti Keadilan Rakyat (PKR) President Datuk Seri Anwar Ibrahim announced that he has acquired a “formidable” majority in Parliament to form a new government, with himself at the helm as Prime Minister.

With the Yang di-Pertuan Agong (YDPA) Al-Sultan Abdullah Ri’ayatuddin Al-Mustafa Billah Shah admitted to the National Heart Institute (IJN) for treatment, and the Prime Minister Tan Sri Muhyiddin Yassin making no attempts to address the matter during his unplanned national address, the rakyat is arguably fishing in the dark for answers on the fate of the nation.

So far, a number of prominent political figures have stepped in to provide clues on what Malaysians can expect from today’s events.

According to Malaysiakini, Umno President Datuk Seri Dr. Ahmad Zahid Hamidi mentions that there are Members of Parliament (MP) from his party as well as the Barisan Nasional (BN) coalition who supports Anwar Ibrahim’s leadership.

Zahid Hamidi was quoted as saying that he respected the position of those MPs and said that the current Perikatan Nasional (PN) government was built based on individual MP support to form a majority.

Reportedly, Anwar Ibrahim also has the full support of all 11 MPs from Parti Amanah Negara (Amanah).

Amanah President Mohamad Sabu said in a statement that the party’s MPs are confident in Anwar Ibrahim’s leadership to form a new government.

According to Malay Mail, Yeow had no other information on what had transpired today besides the info he got from the news and social media.

Meanwhile, Free Malaysia Today reports that leaders from Gabungan Parti Sarawak (GPS) are not in support of Anwar Ibrahim.

Wan Junaidi also said that people should not listen to “someone who is obsessed with becoming the next PM”.

Also in opposition of Anwar Ibrahim is the Malaysian Islamic Party (PAS).

PAS Deputy President Tuan Ibrahim Tuan Man was quoted as saying that all 18 PAS MPs are still in support of the current government.

Things appear to be similarly vague on social media. Since Anwar Ibrahim’s announcement, politicians have been sending their own messages, some more cryptic than most, on what might be happening.

Umno MP Khairy Jamaluddin had tweeted saying that the Malaysian Cabinet of Ministers met for a meeting today and claims that the current government has not yet fallen.

At the same time, former Prime Minister Datuk Seri Najib Razak shared some insight on what he plans to do, or rather munch on, while the country waits for more answers.