The daring little Kelisa that could. 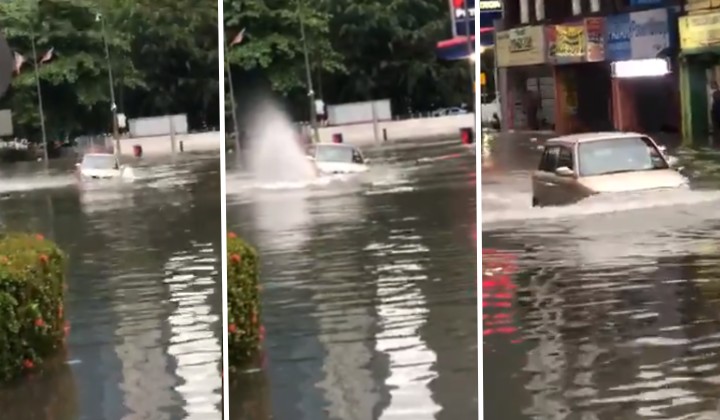 During the recent floods in Kuala Lumpur, an unsuspecting vehicle has been making waves due to its resilience to hurdle through deep waters and make it on the other side without a hitch.

We’re not talking about some Japanese or European made four-wheeler making this daring feat but a much more nimbler car, the mighty Perodua Kelisa.

The video surfaced on Twitter recently which shows this tiny vehicle trying to tread the waters and go to the other side.

Onlookers were visibly stunned at this feat while cheering on for the vehicle, which tried to make its way through the street.

The Perodua Kelisa has been shunned before on international television for being a poorly made vehicle by former Top Gear host, Jeremy Clarkson who criticised the construction of the small car before trying to demolish it using various methods.

It’s been years since that video came out and even though Perodua has already ceased production since 2007, it seems that the Kelisa still has the milage to do the impossible.