The point is that the 14-day quarantine is mandatory for EVERYONE returning to Malaysia. 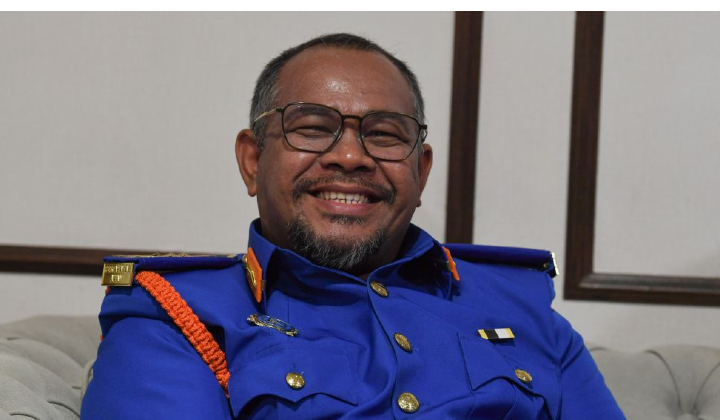 Still oblivious to his wrongdoings, Plantation Industries and Commodities Minister Datuk Mohd Khairuddin Aman Razali has made a statement on the quarantine issue, now saying that he has taken the Covid-19 test a few times.

What you need to know: In the latest development of Plantation Industries and Commodities Minister Datuk Mohd Khairuddin Aman Razali’s quarantine fiasco, the Minister has claimed to be tested three times for Covid-19 since his return from Turkey.

Khairuddin said, as per media reports, that all of the results have all come back negative.

What Khairuddin said: The Minister said that he has undergone 3 tests after his Turkey trip last month.

He also said to the media that this can be proven from his entry in Istana Negara, which requires visitors to do a swab test which he added that if he failed that test, he wouldn’t have been given permission to enter the royal palace.

Khairuddin also denied that he caused the closure of a mosque in Kuala Nerus for four days recently.

Previously, he said that the people should wait on the Ministry of Health’s decision on the matter.

Using himself as an example, Dr Noor Azmi said that he too had to pay the fine when he flouted the Movement Control Order (MCO).

Meanwhile, Seputeh MP, Teresa Kok, who was the first to reveal what Khairuddin did last month, made another statement saying that his family went on the Turkey trip with him as well, along with a few unnamed officials.

She questioned whether his family members are also exempted from having to undergo the 14-day quarantine period.

Even UMNO Youth Chief Dr Asyraf Wajdi Dusuki chimed in on the issue, saying that no one is above the law when it comes to the pandemic.

While the nature of his job makes it hard to follow COVID-19 procedures, it is not an excuse for him (or anyone else) to break quarantine requirement as we are still in the middle of a pandemic and interstate activities are considered a high risk.

The Ministry of Health is currently investigating the issue and Director-General Tan Sri Dr Noor Hisham Abdullah confirmed that Khairuddin tested negative upon arriving at KLIA.

How are people reacting to Khairuddin: In short, folks are pretty pissed upset at him for taking the issue lightly.

The people have voiced their dissatisfaction towards the Minister’s apparent disregard towards public health and safety, by urging Khairuddin to step down via an online petition and even lodging police reports against him.