The largest animal to have ever walked the planet may have stepped foot in Malaysia. 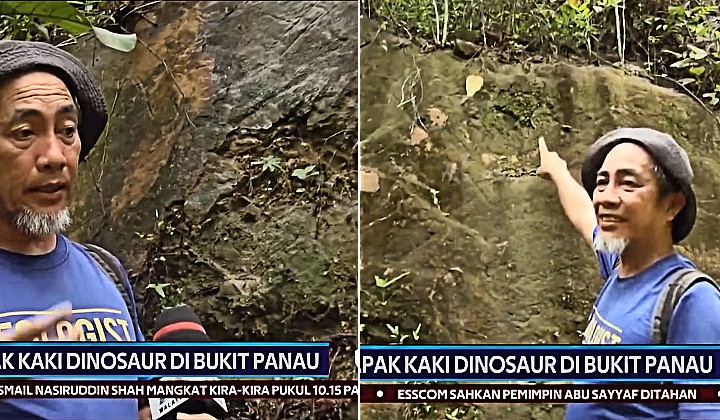 Their discovery is said to prove that giant Sauropods or the “long neck” dinosaurs famously depicted in pop-culture, existed in what was then Malaysian some 160 to 66 million years ago.

The team led by UKM’s Department of Geoscience, Faculty of Earth Sciences (FSB) lecturer, Arham Muchtar Achmad Bahar, began their search in 2017 and had found around 7 footprints and trail tracks believed to belong to the extinct creature.

The footprints were found in ground deposits believed to have dated back to the Jurassic period.

The discovery was apparently authenticated by experts from Japan.

From the footprints that measured to be around 70 centimeters long and over 60 centimeters wide, experts deduced that the animal that made it may have weighed between 30 to 40 tonnes as well as having a spine reaching 9 meters in height and 22 meters in length.

That would make the huge beast as tall as a 2-storey house and longer than a bus!

Sauropods are the largest known animal ever to have walked the planet.

The largest among them to be discovered was the Patagotitan mayorum, said to have stood 6 meters tall at the shoulders and weighed as much as 12 African elephants.