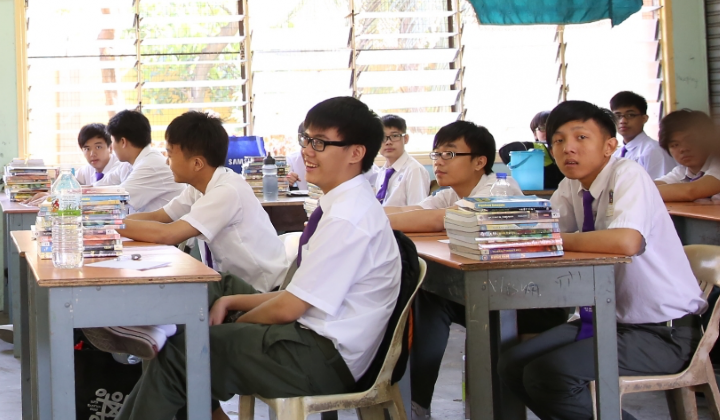 The Science and Mathematics Teaching and Learning Policy in English (PPSMI) will not be re-introduced according to the Ministry of Education Malaysia (MOE).

Instead, the current Minister of Education, Dr Mohd Radzi Md Jidin said the Ministry is looking at implementing another policy – the introduction of Jawi writing in national schools and government-assisted missionary schools – but only if it’s agreed upon by the Parents and Teachers Association (PIBG) and students.

The statement was made in response to William Leong (PKR-Selayang) who asked the Minister to state the reasons for reintroducing PPSMI, which was planned by the previous administration, and measures to overcome previous weaknesses.

The Minister was also asked by Sim Chee Keong (DAP-Bukit Mertajam) if Jawi will be introduced in Bahasa Malaysia textbooks for Year Four pupils in Chinese and Tamil vernacular schools.

Radzi replied that under his care, the Ministry is looking at refining matters related to the initiative to introduce Jawi writing in schools comprehensively and holistically.

Previously, before stepping down, Former Prime Minister, Tun Dr Mahathir Mohamad said in February this year that the Ministry is looking to study on better implementing PPSMI as English is considered as an important language, especially internationally.

According to reports by Sinar, PPSMI was previously initially introduced for Year One pupils in primary school and Form One pupils of secondary school in 2003 but was abolished in 2013 because it is considered impractical for the potential development of students in rural areas.