We take a look at how our neighbours are managing the pandemic. 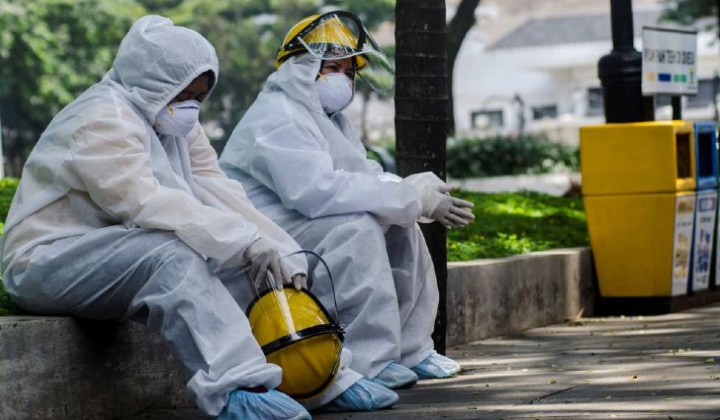 Just like any other region, Asean has been affected by the Covid-19 pandemic but some countries are faring better than others.

In the case of Malaysia, as of 4 July, the Ministry of Health reported 10 new cases, with 7 imported cases and 3 local, bringing the total to 8,658 cases.

But how about our neighbours?

Here’s a rundown of our 5 closest neighbours – Indonesia, The Philippines, Singapore, Brunei and Thailand.

Indonesian Indonesian Government spokesman Achmad Yurianto the total death toll to the virus as of 4 July is at 3,089.

The province of East Java recorded the highest death toll of 996 cases, followed by Jakarta (643 cases) and South Kalimantan (198).

The country’s Department of Health (DOH) said the death toll has also increased to 1,290 after 10 more fatalities were recorded.

As of 4 July 2020, 12pm, Singapore’s Ministry of Health has confirmed that an additional 185 cases have been recorded in the country out of which 4 are locals.

The Ministry also added of an imported case involving a Singapore Permanent Resident (PR) who was placed on Stay-Home Notice upon arrival.

Separately, 348 more cases of COVID-19 infection have been discharged from hospitals or community isolation facilities.

Among our neighbours, Brunei has been doing very well in containing the virus as the country hasn’t reported any new cases for 58 consecutive days.

The last case was reported on 7 May and according to Brunei’s Ministry of Health, they don’t have any active cases.

There have been three deaths resulted from COVID-19 in Brunei and a total of 138 patients have recovered.

Thailand recorded five new Covid-19 cases, all of which were nationals returning from overseas, and zero new deaths.

Also, it’s been 40 days since the country recorded a local infection.

Since the start of the outbreak in January, Thailand has recorded 3,185 cases with 58 deaths.