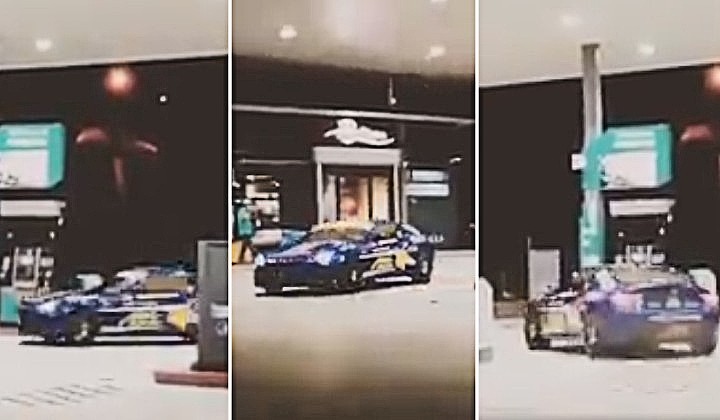 Two men were arrested for performing a dangerous stunt with a car at a petrol station in Arau, Perlis.

In footage shared on social media, a blue Subaru BRZ, clad with ridiculous stickers and decals (yeah I said it!), is seen drifting between petrol pumps at a Petronas gas station.

The 17-second clip shows the vehicle making several ‘donuts’ around the highly fragile and flammable petrol pumps before speeding off into the distance.

The men aged 34 and 37-years-old respectively were later detained at a residence just 6KM away from the scene of the stunt.

What’s even more concerning is the fact that one of the arrested suspects turned out to be the owner of the petrol station who admitted to organizing the ‘fast and the foolish’ scene with his friend behind the wheel.

The incident is now being investigated under the Road Transport Act 1987 for reckless driving and for participating in an illegal race.