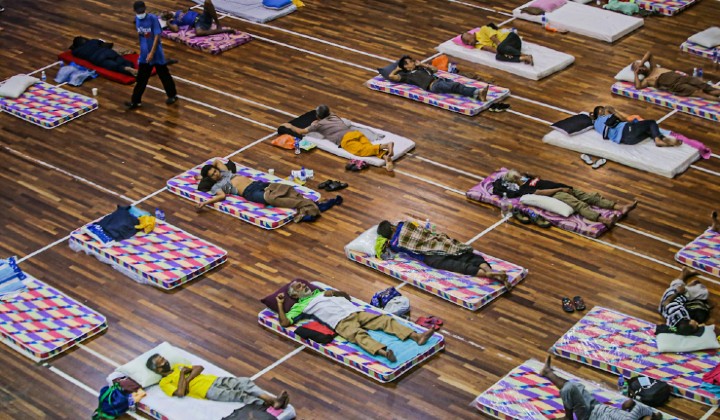 Though the nationwide Movement Control Order (MCO) might be keeping some families apart, others are being reunited.

DBKL has been tracking the lost family memberâ€™s of KL urban homeless after they were evacuated into temporary shelters due to the Covid-19 lockdown.

28 people have been â€œclaimedâ€ by their families and DBKL is continuing to locate the rest.

Reportedly there are over 600 individuals given refuge at 10 temporary shelters across the city.

DBKL explained if attempts to locate the homeless individualâ€™s family fails, then the person would be handed over to the appropriate authorities to be taken care of.

For example, minors and senior citizens would be sent to childrenâ€™s shelters and old folks’ homes. And those who are struggling with drug addiction have even been taken by the National Anti-Drug Agency (NADA) to be provided with the necessary care.

Elaborating on the governmentâ€™s promise to provide KL’s temporary sheltered-homeless with employment opportunities, DBKL says that its holding interviews to enroll eligible candidates with several private companies, and that they will be provided with suitable accommodations by the employers.

The government has said that KLâ€™s homeless would be given care and shelter by DBKL until the end of the gazetted MCO period on May 12.

Their fate after the lockdown is still to be decided by the authorities.