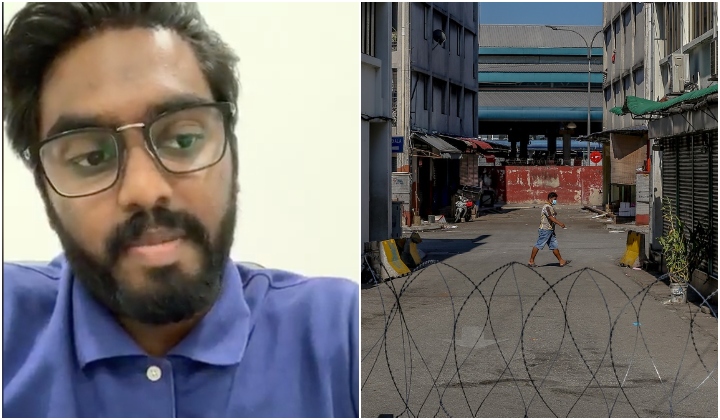 In a live-streamed video on his Facebook page, Prabakaran explained the confusing events that lead to his arrest.

Yesterday, the member of parliament visited the Selayang wholesale market and the surrounding area to assess the welfare of the people there.

According to Prabakaran, he had been receiving requests for help from the residents after Putrajaya announced itâ€™s sixth enhanced movement control order (EMCO) at Pusat Bandar Utara in Kuala Lumpur and the areas surrounding the Selayang wholesale market.

In Prabakaranâ€™s Facebook live video, he explained how he met with a roadblock on the way there and that the police had recognised him and allowed him to enter the area – questioning why they arrested him later after initially giving him permission to enter.

However, Prabakaran was detained for violating the MCO after trying to speak to Deputy Federal Territories Minister Datuk Seri Edmund Santhara Kumar who was holding a press conference in the area.