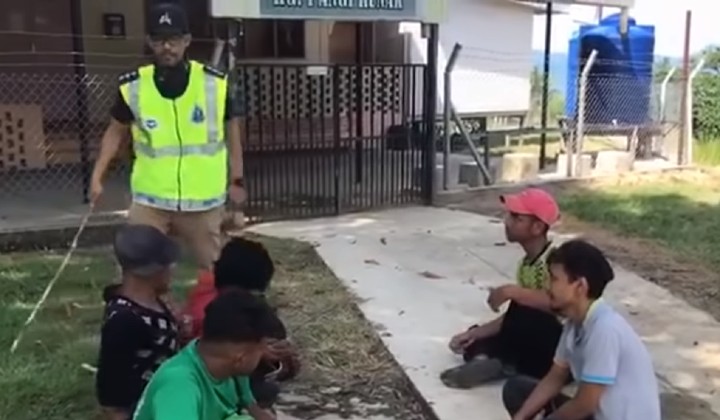 The police will take relevant action on one of their officers who caned several teenagers that flouted the Movement Control Order (MCO) in Kunak, Sabah.

Sabah Police Commissioner Datuk Zaini Jass said if seen from the law enforcement’s point-of-view, the act was unreasonable but from a moral standpoint, it can be seen as an older person teaching a lesson to youngsters who disobeyed the rules.

Before the incident, Zaini said, the police have advised the teenagers to stay at home but they ignored the warning and even laughed at the officers.

Recently a clip was circulating in social media of a police officer caning a group of teenagers who were in a circle using a twig.

Commenting on the video, Zaini said action will be taken on the officer but remarked that the teenagers were lucky not to be jailed and were given a moral lesson by the police instead.

You can watch the video here: