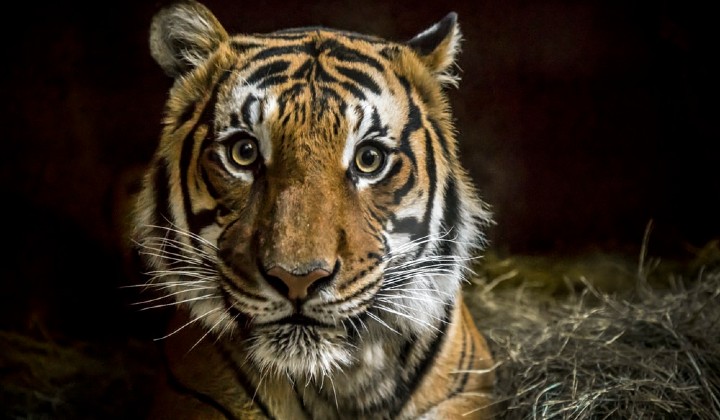 We probably don’t have to tell you that the number of our tigers are dwindling.

Now it seems that there’s a new threat to their populations: the canine distemper virus a.k.a CDV. Since July 2019, there have been two reports of wild Malayan tigers dying due to this virus.

What’s scarier is that these are only the reported cases, and the true number of infected tigers is at the moment, wholly unknown.

While Malaysia has been perplexed by this virus, it turns out that it isn’t just affecting our tigers, but others across the globe too.

The situation is more serious than we thought

The other species of tigers that are being affected by CDV infections are Siberian tigers (Panthera tigris altaica) in Russia. It’s so bad that tiger numbers there have declined from 38 individuals to just 9 between 2007 and 2012.

Scientists believe CDV likely played a role in the decline of their numbers after two dead tigers were confirmed to have the virus.

A study into the issue shows that smaller populations of tigers, such as those consisting of 25 individuals and below, are more vulnerable to extinction by CDV.

These findings are profoundly disturbing for the global wild tigers since the current cluster of tigers across the globe tend to live in populations of less than 25 adult breeding individuals.

What is Canine Distemper

This aggressive and sometimes fatal disease was once only present in dogs. However, in the last few decades, the virus has mutated to infect other mammals, such as seals, raccoons, hyenas, and big cats such as tigers and lions.

The first reports of a CDV infection in another species came from Serengeti, Africa in the mid-1990s. About 30% of the lions there died from CDV after contracting the virus from dogs in nearby villages.

How does it affect the tigers

Currently, there has not been enough research into the long-term impacts of CDV infection in tiger populations. So far, scientists have only found CDV in fatal incidents.

However, what experts have gleaned is that the disease appears to affect the central nervous system and can cause infected animals to behave oddly.

Since 2000, there have been several tigers in Russia reported behaving strangely. These tigers were generally unfazed by people and tended to wander onto roads and into villages.

The lights were on, but no one was home.

Scientists believe such fearless behaviour is likely a symptom of brain damage caused by the virus, which also causes respiratory disease, diarrhea, seizures, loss of motor control, and sometimes death.

Meanwhile, brain-damaged tigers who don’t die from CDV and approach human settlements are at risk of being easily killed by poachers or scared villagers.

How dangerous is it

Among adult dogs, the disease kills an estimated 50% of infected animals and spreads through the air as aerosol particles (much like COVID-19).

However, since tigers are usually solitary in nature, and interact with each other briefly for mating purposes and to share their kill, they don’t seem to be spreading the airborne virus among themselves.

Experts believe that tigers are picking up the virus by eating infected dogs.

Over the last century, tiger populations across the globe have declined by about 95%. Surviving tigers today can only be found in 40% of the habitat they occupied just a decade ago.

CDV could be the final straw that makes extinction of tigers inevitable.

There is no cure

While scientists believe it’s possible that some tigers might develop an effective immune response to the virus, most infected animals will likely die from it.

Treatment for CDV in wild tigers is difficult, and even if the animal survives, they may suffer long-term complications.

Thankfully, a vaccine for the virus is available. Experts believe vaccinating tigers should not be considered an option, but a must.

If an outbreak occurs in Malaysia, WWF-Malaysia plans on testing for the presence of CDV antibodies in dogs living in close proximity to forest fringes, particularly those in villages, plantations, and logging camps. If tests come back positive, they would start vaccinating the dogs.