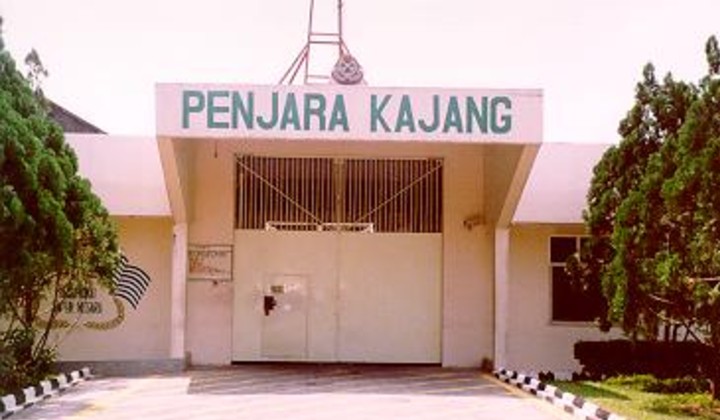 Death by Hanging is Malaysia’s ultimate punishment for a criminal since it was first introduced under British rule in 1952.

It was originally reserved for murderers but was later extended to other crimes including drug-related offences when it was made mandatory for those convicted of drug trafficking in 1983.

Since Malaysia gained independence in 1957, 469 executions have been carried out – 229 for drug trafficking, 114 for offences under the Internal Security Act, 1960, 106 for murder, 19 for firearm-related offences, and 1 for kidnapping.

It’s viewed by some as an act of justice and others as an inhumane way to end a personâ€™s life.

Waiting at the gallows

Out of the 713 Malaysians currently on death row, 48% of them are Malays while 24% are Chinese, 25% are Indian and 4% belong to other ethnic groups

As of 2019, those sentenced to death are held in 26 detention facilities across the country with 17 prisons in the peninsula holding the majority of the inmates; 1,139, or 89% and remaining nine facilities in East Malaysia house the remaining 11%.

The remainder of those sentenced to death are made up of 568 Foreign nationals from 43 countries.

For crimes committed, 73% have been convicted of drug trafficking under section 39(b) of the Dangerous of Drugs Act, 1952 while a further 25% were convicted of murder and the remainder of offences are related to firearms and robbery.

Only one man currently holds the distinction of being sentenced to death for waging war against the King or Ruler of a State.

Capital punishment has always been a prevalent talking point in society and was even included in Pakatan Harapanâ€™s GE14 manifesto with them vowing to revoke mandatory death by hanging in all Acts.

After coming into power, the new government decided to abolish the death penalty for 32 offences under eight acts of law, including Section 302 of the Penal Code on murder.

However, some quarters say the government did a “u-turn” because they left it to the courts to decide whether a convict should be hanged although the mandatory capital punishment will be abolished.

The move was heavily criticised by lawyers associations in the country who called it â€œshocking and unprincipledâ€, calling it a move to prevent political backlash from the public.

With Malaysia currently looking at ways to deal with the situation, we take a look at different perspectives from both sides to understand the issue.

The Argument Against The Death Penalty

Amnesty Malaysia said the death penalty violates the most fundamental human right which is the right to life and labelled it as the ultimate cruel, inhuman and degrading punishment.

They hold the view of the death penalty as discriminatory and any society which executes offenders is committing the same violence it condemns.

They’ve also cited countries who abolished capital punishment such as Canada which saw the murder rate decreased since the death penalty was first abolished.

When the death penalty is carried out, it is final. Mistakes that are made cannot be unmade. An innocent person may be released from prison for a crime they did not commit, but an execution can never be reversed.

As a response for the points made by families who are against the abolishment of the death penalty, Malaysians Against the Death Penalty (MADPET) noted the protestors made families of victims that were murdered or killed, but said in Malaysia there are many offences that carry theÂ deathÂ penalty, and some even the mandatoryÂ deathÂ penalty, for offences that do not even directly result in theÂ deathÂ or injury of the victim.

Madpet also added said some offenses that now have the mandatoryÂ deathÂ penaltyÂ for crimes that do not result inÂ the deathÂ of victims include drug trafficking and certain listed offenses.

They’ve mentioned legislation such as section 3 and 3A of theÂ Firearms (IncreasedÂ PenaltiesÂ Act 1971)Â Â where a firearm is discharged, both the person who discharged the firearm and the accomplices will face the mandatoryÂ deathÂ penalty when committing the following 6 crimes:

The risk of miscarriage of justice demands that we do not wrongly extinguish the life of a fellow human being, and the only real solution is the total abolition of theÂ deathÂ penalty.

The Argument For The Death Penalty

The families of murder victims have spoken out against abolishing the death penalty for heinous crimes, including murder from premeditation.

They were also concerned that Malaysia could become a haven for criminals and said the move by the current government protects the interests of criminals more than the victims.

Most of all, they want justice to be served to those who took away their loved ones and caused trauma to the victims’ families.

For us family members there is no closure as long as we know these criminals are out free or that there is a chance for them to escape the death penalty.

Tan Siew Lin, 57, the mother of Annie Kok Yin Cheng, who was raped and killed in her own home.

What is your view on the death penalty? We are currently running a poll on Facebook to gauge with our audience on what they feel about the sentence

Nagaenthran Has Been Executed, Last-Ditch Effort To Save Him Failed