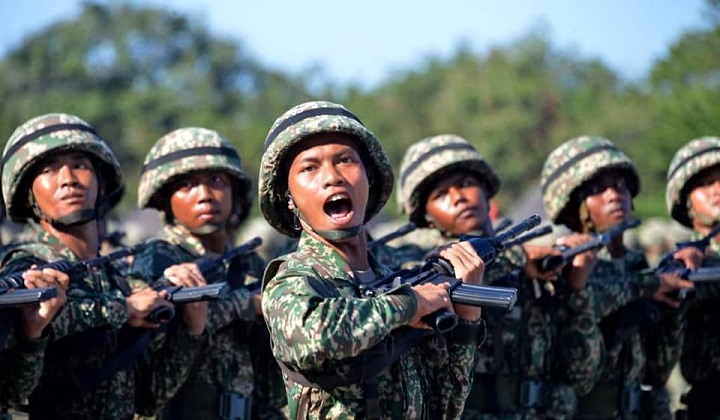 When the reality of 2020 finally hit Malaysians, never in a million years did we think weâ€™d be making jokes about anything other than flying cars and Wawasan 2020.

As fate would have it, the conflict between United States and the Islamic Republic of Iran escalated (full story HERE) and World War 3 jokes – as well as legitimate concerns – flooded social media.

With the threat of a possible conflict in the air, it turns out that Malaysia might be better prepared than we thought.

For one, Global Firepowerâ€™s (GFP) 2019 Wold Military Strength Rankings put Malaysiaâ€™s military might at a solid No 41 out of 137 countries.

The ranking is based on each nationâ€™s potential war-making capabilities across land, sea and air fought with conventional weapons. Each nation is given a power index based on geographical factors, logistical flexibility and financial stability with extra attention to available manpower.

Malaysiaâ€™s power index is 0.6523, which places us above Syria, Denmark, Iraq and Singapore. The top power index score is 0.0000, but GFP says itâ€™s realistically unattainable.

GFP points out that Malaysia’s manpower is around 15 million strong, with 12 million citizens fit for service. Malaysiaâ€™s total military personnel is estimated at 410,000 with 110,00 active personnel.

However, it should be noted that experts have pointed out that Malaysiaâ€™s defence spending has been declining over the years. The Star reports that we will see a projected declined of 40% from 2019-2021, leaving Malaysia behind many of its Southeast Asian neighbours.

Security analyst & professor at the National War College in Washington, Zachary Abuza told the English daily that Malaysia is behind the Philippines, Thailand, Vietnam and Singapore respectively in terms of percentage of defence spending compared to gross domestic product (GDP).

The Defence Ministry has only put in the proposal to set the countryâ€™s military spending to at least 1% of the countryâ€™s annual GDP in late 2019. This was announced at the tabling of Malaysiaâ€™s first Defence White Paper (DWP) at Parliament in December 2019. FYI, DWP is a comprehensive long-term plan for the nationâ€™s defense.

That being said, it seems that Malaysia is set to make our own firearms, and potentially sell them overseas.

According to Nikkei Asian Review, plans are in motion to build Malaysiaâ€™s first domestic firearms manufacturing and assembly plant with help from Turkey.

Weapons made at the local plant is aimed to supply firearms to Malaysiaâ€™s security personnel. If it all goes to plan, the weapons made in the Malaysian plant could potentially be sold to other nations, especially Southeast Asia.

Thereâ€™s no word yet on the details of the weapons, but Tisas is providing technology transfer and industry know-how for the local arms factory. Products in Tisasâ€™s catalogue include firearms, assault rifles and pistols.

So, if World War 3 ever hits, all hope is not lost for Malaysia. In the meantime, weâ€™ll continue laughing at the memes.