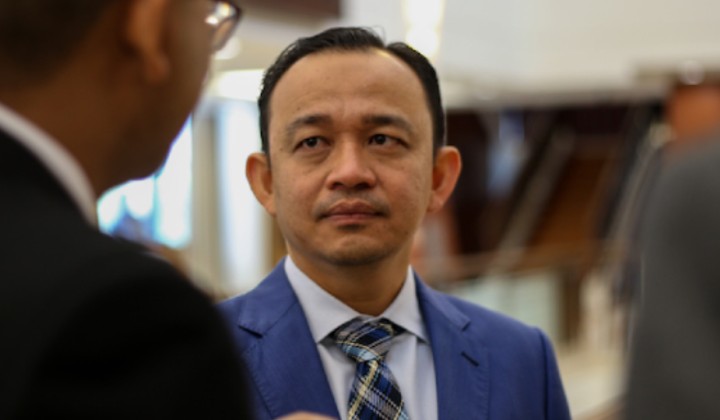 Education Minister Dr Maszlee Malik is a much-maligned figure that people on both sides of Malaysia’s political divide seem to love to criticise.

Much of his fame rests on two issues – khat and black school shoes, so much so that he’s even joked that the latter is his Ministry’s greatest achievement this year.

There’s even a petition with around 150,000 signees asking for him to be replaced as the Education Minister because of it.

But despite the bad press that he gets during his tenure over some of the more controversial and well-discussed issues, we’ve searched some of the things where he actually did a good job:

Maszlee is a supporter of providing OKUs access to education, he even said that it’s something which is close to his heart and promises to deliver on uplifting and improving special education schools in the country.

“Pendidikan Untuk Semua” a publication by the Education Ministry highlighted that 10,200 disabled students classes were opened in 2019 compared to 9,674 the year before.

In the same year, the Ministry reported that 75 schools with OKU student classes have been built.

It wasn’t just the number of schools but students as well, as the number also increased from 83,598 last year to 88,419.

The support for OKUs extends to higher education with the establishment of a special committee to monitor their issues and IPTA’s inclusive guidelines.

14,911 admission offers were also made through a special route for OKUs, athletes, the indigenous and the B40 to enroll in higher education.

Besides the aforementioned black shoes issue, Dr Maszlee was also responsible for other policies that affects school children.

One of it is the abolishment of exams for students from standard 1 until 3 as schools now are adopting a “learning centered” approach instead of an “exam-oriented” one.

As part of the Ministry’s aim to provide children with access to schools, the Education Act 1996 is currently in review to make it compulsory for parents to send their children to obtain primary and secondary education.

The access to education was also for undocumented children as well as 2,636 were allowed to enter public schools.

When it comes to providing education, Maszlee ensures that all facets of the community are given a chance and that includes those living in rural or impoverished areas.

A special committee has also been established to ensure the educational needs of the Orang Asli are met.

The Ministry has also built 452 out of 534 schools in rural areas, with 90% of the schools have been completed.

4. Supporting students beyond the classroom

We might have to pay back our PTPTN loans but at least the Ministry has tried to lessen the burden the rakyat, especially low-income earners.

The Ministry has abolished the blacklist system besides providing reliefs for those earning below RM2,000, offering discounts to exceptional students, and also tax incentives to employers to pay back the loan without deducting wages.

5. Statesman contributing to the community

Beyond his capacity as Malaysia’s Education Minister, Dr Maszlee is also Simpang Renggam’s parliament representative as well and he recently tabled out his contributions for his constituency.

With the aim to empower and improve the lives of his constituents, the money would be used for activities such as donations to schools and also improving Simpang Renggam’s drainage system.

6. Getting a doctorate and helping out the needy

Dr Maszlee’s contributions to improving Malaysia’s education system is significant that it has garnered international recognition.

He was awarded an honorary doctorate by Shukutoku University in Japan for contributions in increasing educational collaborations between the two countries.

His contribution is not just tied to education as there’s also that one time when he actually carried a disabled person to help a family affected by a recent flood evacuate to a relief centre.

Do you know his contributions besides the much talked-about issues? Let us know on ourÂ Facebook,Â TwitterÂ andÂ Instagram!

Packed SPM Examinations To Be Changed After Student Outcry