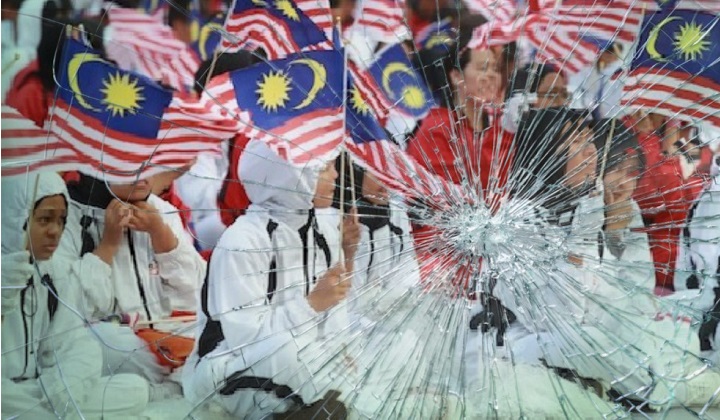 Have you ever felt an impending sense of hopelessness when scrolling through the internet?

Everyone seems to be fighting about one thing or another, whether itâ€™s about race, religion or oneâ€™s lifestyle choices.

Unfortunately, it seems like our worst fear is confirmed.

A study conducted by a London-based think-tank found that Malaysia is getting less tolerant.

The Prosperity Index 2019 by Legatum Institute which compared 167 societies around the globe found that Malaysiaâ€™s â€œsocial toleranceâ€ dropped drastically from 2019, coming in at 145th place with a measly 2.9 score. This is almost half of 2018â€™s 5.3 score where we came in at the 99th spot.

According to Malay Mail, Malaysia had never reached a rank below 100th place in â€œsocial toleranceâ€ between 2015 to 2018.

In fact, when comparing a 10-year rank change, Malaysia dropped 8 spots from 2009.

According to the index, there are three factors that account for social tolerance:

For all three indicators above, Malaysiaâ€™s 2019 ranking dropped compared to 2018.

First things first, what is tolerance?

According to the United Nations Educational, Scientific and Cultural Organization (UNESCO), tolerance is respect, acceptance and appreciation of the rich diversity of our worldâ€™s cultures, our forms of expression and ways of being human. It is harmony in difference.

Meanwhile, intolerance is rooted in ignorance and fear. Mostly itâ€™s fear of the unknown and of the other, be it from other cultures, nations or religions. However, it is most dangerous if exploited to fulfill the political and territorial ambitions of an individual or groups.

Why does tolerance matter?

According to Legatum Institute, this Prosperity Index is a tool to identify what specific action a society needs to be taken to reach global prosperity aka a rich country.

Part of the journey to reach this prosperity includes a healthy social tolerance.

In fact, a 2008 research on the global tolerance index found that more tolerant countries tend to attract more net migrants, have a greater concentration of talented workers, higher levels of economic development, and are more competitive.

The finding is also supported by a 2010 study by the Research Institute of Industrial Economics that suggests inclusion of people irrespective of race makes good use of productive capacity.

The idea is that a society which allows everyone to contribute to the generation of new knowledge, be it as employees, employers or entrepreneurs, can grow at a faster pace than a society in which the new knowledge of certain groups of people is not listened to.

Is Tolerance Good or Bad for Growth?, Research Institute of Industrial Economics.

For Malaysia to reach its peak prosperity, itâ€™s clear that steps need to be taken to address this decline in social tolerance.

Hereâ€™s where UNESCO steps in with an outline of 5 ways to combat intolerance.

Where the Government is responsible for enforcing human rights laws, for banning and punishing hate crimes and discrimination against minorities.

As mentioned earlier intolerance stems from ignorance and fear, which is learned at an early age. Therefore, greater efforts need to be made to teach children about tolerance, human rights, and other ways of life.

They should be encouraged to be open-minded and curious, both at home and in school.

Hatemongers often identify the publicâ€™s tolerance threshold and then develop misleading arguments and manipulate public opinion with misinformation and prejudice.

To counter this effectively, strong policies that promote press freedom and press pluralism must be in place to in order to allow the population to differentiate between facts and opinions.

In a society, intolerance is the collective attitude of every single person combined. To fight this, individuals should be aware of the connection between their behaviour and the vicious cycle of mistrust and violence in a society.

You can begin by asking yourselves these questions:

â€œAm I a tolerant person?â€
â€œDo I stereotype people?â€
â€œDo I reject those who are different from me?â€
â€œDo I blame my problems on â€˜themâ€™?â€

Everyone has a role to play in combating intolerance. Besides institutional procedures, individuals can play a role as well.

For example, banding together to confront a problem, demonstrate solidarity with victims of intolerance and discredit hateful propaganda.

All hope is not lost yet, Malaysians just have to remember that we are not each otherâ€™s enemies. As the proverb goes, â€œTogether we stand, divided we fall.â€

If you need a little inspiration for a tolerant Malaysian society, check out our article on Malaysians sharing heartwarming pictures of their multi-ethnic friends HERE.