Consuming white rice is similar to consuming food with unhealthy sugars and oils, based on a study. 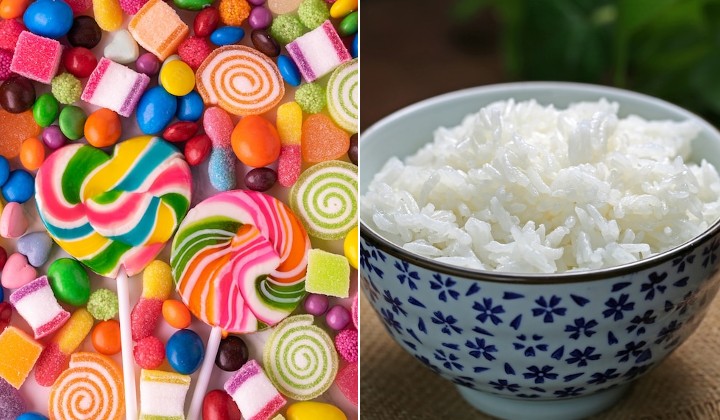 Based on a recent study reported by the New York Post, eating white rice is as similar to eating “unhealthy sugars and oils” found in sweet treats. And this in turn leads to a higher risk of getting premature coronary artery disease or PCAD.

White rice is as bad as candy when it comes to heart health: study https://t.co/gibrKENkE3 pic.twitter.com/A9oQU6nKHQ

The new current study is done by researchers at the Isfahan University of Medical Sciences in Isfahan, Iran. The study involved 2,099 Iranian individuals with PCAD within the age of below 55 years old in males and below 65 years old in females.

Participants were given a food frequency questionnaire and after they gathered all the intel, they found out that a higher intake of refined grains was associated with an increased risk of PCAD while whole grain intake was inversely related to a reduced risk of PCAD.

The refined grain here means that the grains are processed into a simpler flour and meal – but they lose important nutrients along the way (this includes white rice). Meanwhile, whole grains (brown rice) are the ones containing the entire grain, with all of the nutrients still intact.

However, people are very sceptical of the conclusions drawn.

Does rice equal to candy? A lot of people are appalled by the fact and responded quite sarcastically.

Now we don’t know about you, but unlike candy, white rice is usually eaten with side dishes such as vegetables and meat. That’s how we make it a balanced meal, instead of just consuming it all blindly and blandly (who does that???).

And Malaysians aren’t the only ones with white rice as a staple food in our daily lives, literally more than half of the world eats white rice, including people living in China, India, Japan, and Westerners as well.

A lot of netizens are saying that societies that eat rice as a staple are in general healthier.

Is this a conspiracy?

We’re not saying they literally published an article with 2,099 respondents with heart-inclined problems to specifically shift the market to whole grain rice from white rice.

But some of the commentators seem the think so.

Is it a conspiracy or is it not? We’ll never know.

But on a different note, brown rice does have more benefits than regular white rice as a lot of studies suggest. There’s also a study saying that eating white rice daily contributes to a higher risk of type 2 diabetes.

However, white rice is not only the culprit, similar food with high carbs in it also does the same things. Food like white bread, white pasta and white potatoes generally are high in starchy carbohydrates and can cause a sudden spike in blood sugar. These types of food can make you feel hungry sooner, and make you eat a lot more.

Anyhow, whether it’s white or brown food, the key takeaway is to have it in moderation. Too much of anything is never good.