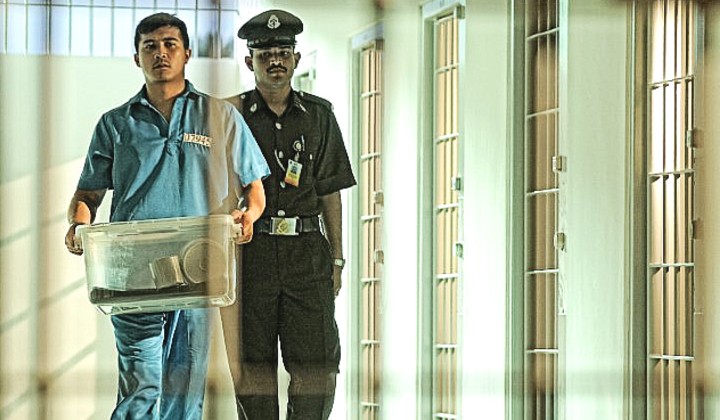 The government is considering setting up private prisons to address the problem of overcrowding in our national detention centres and correctional facilities.

According to the Home Ministry, there are some 74,000 inmates currently undergoing sentences around the country, but the prisons were only built to house around 52,000 people, max.

Due to current financial pressures, and the fact that these prisons are old and in need of upgrades, the ministry is thinking of possibilities of outsourcing private entities to oversee some of Malaysia’s low-level offenders.

Governments all over the world have adopted this method of privatisation for decades where countries like the U.K., France, Australia, the U.S., and a few others have tasked private companies to cater to country’s criminal population.

But controversies surrounding these privately run prisons shows that they are a terrible idea, here’s why:

In 2016, the Malaysian Prison Department recorded a profit of over RM30 million from selling products made by prisoners on the market. These products are marketed under the brand, MyPride and can be found at selected Mydin outlets.

Though prisoners would generally get a share of the earnings from their hard work, private prisons essentially open an avenue for exploitation, where inmates are used as cheap or forced labour for organisations that seek profits.

There have been accounts of inmates in foreign private prisons who were forced into employment for dirt poor wages and threatened with punishment for refusing to work, as well as prisoners deprived of food and basic living provisions only to have them purchase it from the prison itself.

The horror stories surrounding government-run prisons are already bad. The Human Rights Commission (Suhakam) found that more than 600 detainees died behind bars from 2015 to 2016 and more than 200 deaths occurring in police lockups between 2000 and 2013.

Besides the problem of overcrowding, prisoners also face appaling and unsanitary living conditions and mistreatment by fellow inmates as well as prison personnel.

Put this into business sense, and private prisons are ripe to cut corners where companies would spend the least amount of money in order to make earnings out some of society’s “forgotten” members, subjecting them to even harsher and living conditions, as well as having fewer, low paid, and unqualified personnel charged to watch over them.

It’s estimated that the government spends over RM2 million a day on Malaysia’s prison population. Private prisons would essentially gain profits by taking over the government’s job at holding and rehabilitating the country’s criminals, for a fee.

This creates an environment that favours incarceration where private prisons have a financial stake in having more people locked up for as long as possible, which makes it less important to rehabilitate and reintegrate charged criminals.

There is also evidence of increased arrest and convictions rates in other countries where law enforcement and governments would essentially punish more people in order to meet prison occupancy quotas, so that money won’t be wasted paying for empty prison cells.

Is it right to just punish criminals and forego prisoners of basic civil rights and liberties by doing away with them any way we please? Tell us what to think on our Facebook, Twitter and Instagram.