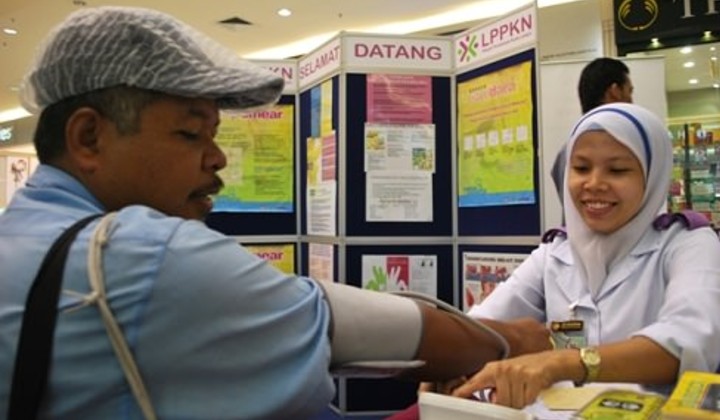 When it comes to getting healthcare, Malaysians usually opt for private hospitals. After all, they have health insurance to cover it.

Why? Simply because of the negative stigmas surrounding government hospitals.

For the uninitiated (congratulations, youâ€™ve survived life without being hospitalised), the waiting time for government hospitals can be quite daunting.

Based on a survey conducted by Malay Mail Online, the average waiting time to get treatment in government hospitals is between 2 to 5 hours. This includes the queue to take a number, the wait for rooms to be assigned, and then more waiting outside the consultation room.

One explanation for this waiting time is simple: public hospitals are cheap!

Twitterjaya started talking about it the moment this tweet comparing major procedure charges in public hospitals vs government hospitals blew up:

Due to the high treatment cost in private hospitals, sometimes even your health insurance gets maxed out. At the end of the day, you have to fork out the money yourself. Some people end up stopping the treatment entirely because of this.

According to @alwyn_lau, the only drawbacks of public hospitals besides the waiting time are the often gloomy â€œambienceâ€ as well as the lack of infrastructure for visitors.

Due to 90% room occupancy, the comfortable number of visitors given the small space allocated for every patient is 4 people tops.

However, we feel that this is such a small price to pay, considering how youâ€™d be getting top-notch doctors coupled with world-class infrastructures for the patients!

In case you forget, earlier this year, Malaysian healthcare ranked first in the Best Healthcare in the World category of the 2019 International Living Annual Global Retirement Index with a score of 95 out of 100.

In fact, since 2017, public hospitals have been trying to cut down waiting times by practising Lean management technique – a method where the hospitals identify any process that causes delays for patients, finding workarounds or eliminating them where possible.

Sadly, it really seems as though weâ€™ve taken our wallet-friendly healthcare for granted when tweets like this go viral in a first world country:

Healthcare in the United States is so expensive, it’s cheaper to purchase a firearm.

I’m Not A Free Loader GIF from Freeloader GIFs

While health necessities cost a kidney (pun intended) abroad, life-saving insulin dosages in Malaysia is subsidised and only cost us RM1.

Even so, there are upsetting cases where Malaysian diabetic patients would simply take the dosages home without actually using them.

“Medicine wastage is nothing new. But what really upsets me is insulin wastage.
Insulin isn’t cheap. 1 unit can cost at least 2 digits. Method of storage – must be kept between 2-8′ Celsius. It won’t last long in room temperature.
Sad. Disappointed. When will this end? #MedTweetMY”

Just because healthcare here is cheap, it doesnâ€™t mean you can take it for granted either.

With Budget 2020 focusing on regulating rising healthcare costs even more through medicine price controls, thereâ€™s no surprise that our healthcare might get even more affordable.

Despite this, our healthcare expenditure is still only between 4-5% of GDP compared to the percentage spent by other low and middle-income countries, i.e. 7% and 6% of GDP respectively (as reported by WHO).

This means that while our healthcare is going in the right direction, there can still be improvements done on the government’s total expenditure.

Regardless, we really hope society would give public healthcare a chance first before falling for the negative stigmas surrounding it.

Tobacco Harm Reduction Has The Potential To Reduce Smoking Prevalence