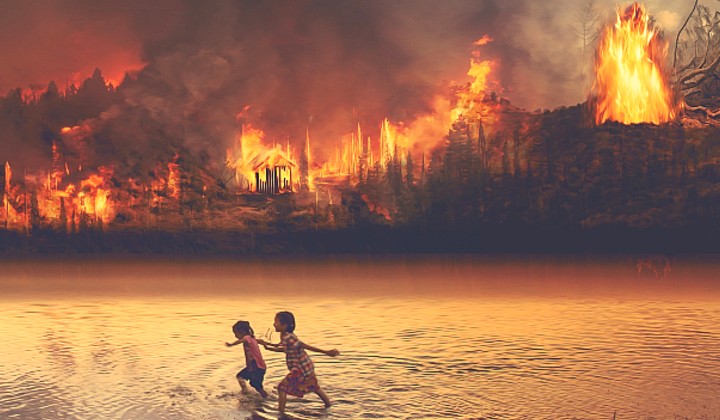 Though the impact of the world’s Climate Crisis might be making life difficult now, the worst is yet to come, especially for our kids and future generations.

A recently published report by The Lancet; Countdown on health and climate change which compiled the research of over 100 experts from across the world predicts the adverse effects of a changing climate if the planet continues to warm up on the current trajectory.

A sick and unhealthy world

The study found that children growing up in today’s worsening global conditions will face health concerns in every single stage of their lives and shorter life expectancy.

A warming planet poses a particular health risk to kids as their developing immune systems make them more susceptible to disease and vulnerable to pollutants, which would stay with them throughout their lives.

Changing and extreme weather patterns coupled with a continued rise in temperature and humidity are ideal conditions for bacteria growth that can lead to the spread of infectious diseases.

Warmer weather is also exacerbating the spread of vector-borne diseases carried by parasites like mosquitoes which are reaching places they couldn’t before.

Premature deaths from air pollution is also a major concern for future generations. Children are breathing in more and more contaminated air as they grow, leading to respiratory problems as well as an increased risk of cardiovascular and other health problems.

Global food production is predicted to drop in the coming years. The study notes the impact that climate change has on the agricultural sector as the changing weather brings persistent drought and floods that devastate crops.

Fewer crop yields also mean that there will be less to go around not only for humans but also less food to feed our foods.

Global demand for livestock is expected to increase as the population grow, but with the environment under threat, the volume and quality of feed crops (crops that we use to feed our chickens, cows and other meaty delicious foods) will face shortages. This coupled with limited water resources and rise in diseases could cripple entire industries.

Rising carbon dioxide levels are also changing the very food that we eat. Though CO2 help plants to grow, high concentration of greenhouse gasses can also reduce the nutritional content of food crops.

Future generations may live in a malnourished world as staple crops like rice and wheat contain less nutritional value.

A world riddled with conflict

The report highlighted that the climate emergency may cause conflicts all over the world as economies break down and many of the world’s population are displaced due to worsening situations across the world.

Future generations also face the depressive notion of increased mental health problems as more and more people are facing trauma and loss in most aspects of their lives.

The future may be harsher than we could ever imagine, which raises the question, is this the world that we want our children and future generations to inherit?