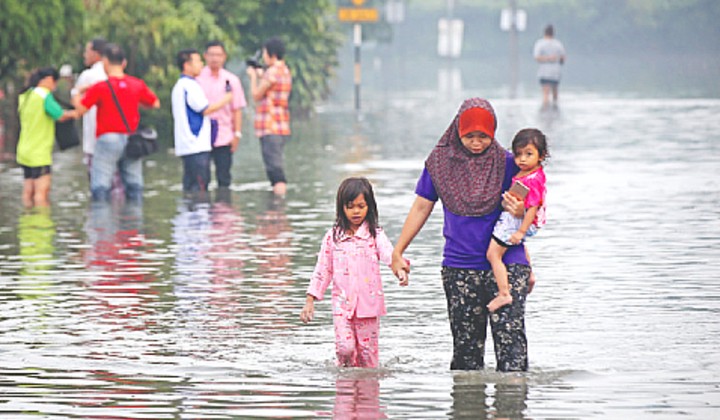 Malaysia is located in a geographical sweet spot.

We are outside of the Pacific Ring of Fire and relatively safe from earthquakes and volcanic eruptions.

We’re also quite lucky to be mostly out of the path of major tropical storms that sweep across the region.

But the country is still often hit by a number of natural and man-made disasters, particularly from the heavy rainfall we received during the monsoon season that brings with it frequent cases of floods.

According to the Center for Excellence in Disaster Management and Humanitarian Assistance, between July 2012 and January 2019, more Malaysians were exposed and affected by floods than any other ASEAN country.

In the last 20 years, floods have impacted some 700,000 people, taken more than 100 lives and have cost the country an estimated RM5.82 billion, contributing to almost 70% of the overall disaster damage in Malaysia.

Floods can also be especially dangerous as they can carry and spread diseases and toxic chemicals.

Waterborne diseases such as cholera, typhoid and dysentery can be deadly and there have been recorded cases of acute respiratory illnesses (ARI), leptospirosis (rat urine disease) and acute gastroenteritis (AGE) in Malaysia from the aftermath of flooding incidents.

Though the constant occurrence of floods in Malaysia can generally be attributed to mother nature, there is no denying that we humans play a major role in either causing or exacerbating the problem.

The rapid pace of development has changed the very face of our country leading to the transformation of our landscape and environment.

It’s been reported that areas most prone to flooding have also recorded the highest rate of deforestation in recent years with more than 10% of forest cover in Pahang, Kelantan, Trengganu, Perak and Johor have been lost between 2001 and 2012.

The lack of trees results in erosion where ground sediment would end up into the rivers and choaking its flow making it unable to contain water that would spill over to dry land.

Land areas are used to develop housing, infrastructure and repurposed for agricultural use.

This urbanisation and development mean that soils and natural plant cover is replaced with concrete structures and paved roads and highways, which can’t absorb water, resulting in floods.

We build town and cities with poorly managed drainage systems that get overwhelmed by the slightest excess of water.

Those drainage systems also get clogged up by the amount of garbage being indiscriminately dumped by Malaysians blocking some 50% of the drains and irrigation canals’ water flow.

All of these put together is inevitably worsening our flood woes.

With climate change brought upon by global warming predicted to bring more extreme weather to our shores, it’s evident that we need to be more aware and conscious on the direct and indirect impact that our activity has on our surroundings so that we don’t and up as the victims of our own negligence.