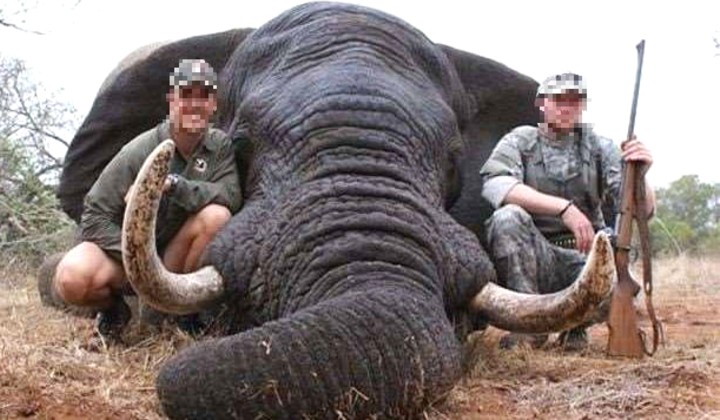 â€œIf we disappeared overnight, the world would probably be better off.â€

A joint investigation conducted by PDRM, the Wildlife and National Parks Department (Perhilitan) and the Forestry Department revealed that VVIPs have been poaching and trading in Malaysiaâ€™s wildlife.

The VVIPs were allegedly in cahoots with underground wildlife trafficking rings operating in the country.

According to the IGP, Tan Sri Abdul Hamid Bador, these trading syndicates along with the unnamed VVIPs are currently under observation and would be punished by law if found guilty.

The task force was also pushing to amend the nationâ€™s Wildlife Conservation laws, extending the current prison sentence from a maximum of 5 years to 15 years, and increasing the current fine from RM500,000 to RM1 million, and possibly adding a mandatory caning punishment.

The IGP also said that police officers tasked to protect the country’s wildlife have been authorised to â€˜shoot to killâ€™ if they are threatened during their duties, following reports of officers being attacked by illegal poachers.

2 battalions of the Senoi Praaq general operations force (GOF), a police unit made up of Orang Asli personnel and considered among the finest jungle fighting forces, were being deployed to assist Perhilitan on their conservation duties.

The countryâ€™s national parks, particularly in Pahang, Perak, Kedah, Kelantan, Terengganu and, Johor are now being closely monitored by the authorities.

The royal had shared a photo on his social media account showing a very rare sighting of 4 tigers seen having a drink at Sungai Sayong in Johor, along with a statement saying that the state’s wildlife (and hopefully all of Malaysia also, Tuanku…) must be protected.

Sadly, there are currently less than 200 wild tigers left in Malaysia…

And depressingly enough, our nation is a key link in the global illegal wildlife trade where rare and endangered animals are easily smuggled in and out of the country.

In 2016 the Wildlife Justice Commission reported that it was easier to move contraband through KL as the cost of bribing officials at our airports was significantly cheaper than other countries.

Letâ€™s all do our part to protect our immensely diverse flora and fauna to ensure that it doesn’t disappear overnight!