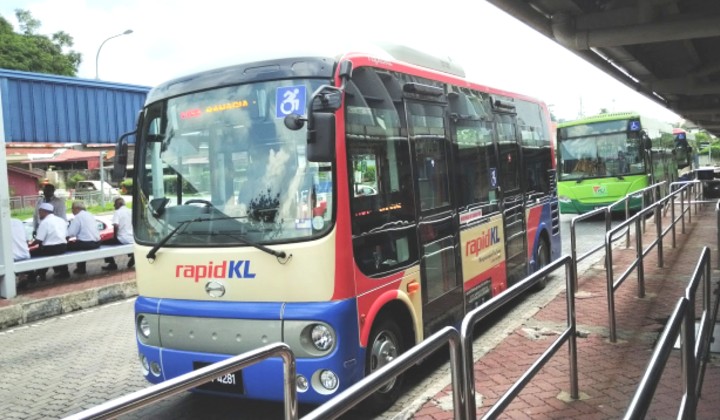 Headâ€™s up Klang Valley peeps. RapidKLâ€™s new minibuses are already in service near you!

This October, the minibus will begin ferrying commuters on the T784 LRT Taman Bahagia route.

And the T201 LRT Gombak route.

These tiny busses can carry up to 30 people and are also disabled-friendly!

For the moment, these minibuses will be operating on a trial run from October till January 2020.

It has as already been operating on the T300 and T304 bus routes which services Bukit Indah to Ampang Point and apparently been very well received by the public.

Prasarana – the company that operates the LRT, Monorail, MRT and bus services in KL, Penang, Kuantan and Kamunting – says that the minibus is already transporting close to 2,000 passengers per day!

Though small in size, the minibuses has the upper hand over their bigger 10 to 12-meter long cousins as they are able to navigate through narrow and often busy residential and housing areas.

Apparently the commute time on the minibus is also shorter, and they can operate at a rapid frequency of 15 minutes during peak hours, or so the company says.

The only disadvantage of the new minibuses is that they arenâ€™t pink! But thatâ€™s just our little nostalgic nitpick 🙂

The Transport Ministry said that they will fully introduce the minibus in all its miniature glory next year.

Looks like our prayers have finally been answered and the national public transportation system might be on the way to improvement!