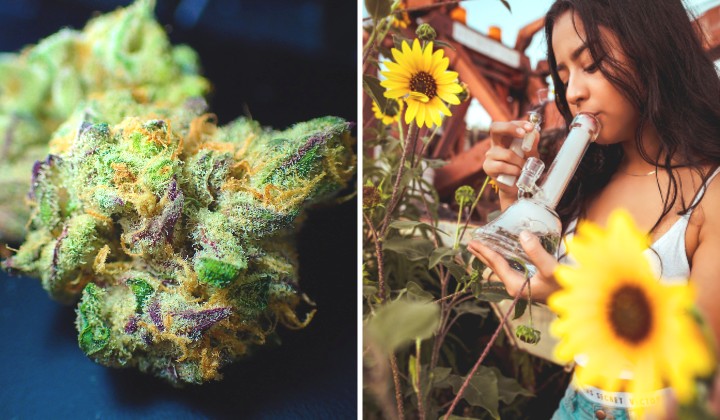 Thailand is set to become the host of the first World Ganja Festival in 2020 as the government pushes to promote the kingdom as a developer in the marijuana industry and cash in on the globally budding industry.

The nation recently became the first in Southeast Asian to legalise cannabis for medical use and research purposes.

The country has also rolled out legal pharmaceutical ganja products.

But, to all you potheads out there already planning to head on over to Thailand for a taste of that sticky icky, do keep in mind that the kingdom still maintains strict prohibitions on recreational marijuana use.

Organised by the Association of Researchers of Thailand (ART), the festival is themed as an intellectual exchange, where experts will discuss the benefits of cannabis, focusing on academic research, technological innovation, and business opportunities.

With our northern neighbour apparently taking the high route in the global ganja discussion, what does this spell for Malaysia?

Though Malaysia has been hinting at joining the ganja pipe-line with talks to also legalize weed for medical use, thus far it remains just that, talksâ€¦

The government considered the idea of registering marijuana for medical and research purposes, but only on the condition that sufficient evidence on the effectiveness and safety of the substance is proven through formal government channels.

Seeing green from the economic potentials of ganja, a Selangor lawmaker had suggested making the state a medical and research hub for cannabis with dreams of making the state the worlds biggest agricultural cultivator of the plant.

But the idea was quickly dismissed.

A medical marijuana advocacy group had also launched a national survey seeking public opinion on legal medical marijuana use and plans to bring its findings to the government with the aim to get medical use and research on weed moving.

(Side note, if you would like actively join in the ganja discussion, you may take part in the study by the Malaysian Society of Awareness, HERE)

Proposals to decriminalise drug possession and personal use (not just for marijuana) were also circulated – with the point being to DECRIMINALISE NOT LEGALISE drugs.

The move is seen as a means to rationalise the nationâ€™s stoned age drug laws which remain among the harshes in the world – and instead classify drug abuse as a public health issue rather than a criminal one.

To date, marijuana remains a chemical governed by the nation’s drug laws where the possession, trafficking and sale of the substance is still very, very illegal.

So far the only occurrence inline with the proposal to remove the law was seen in the case of Muhammad Lukman, a 29-year-old father who received capital punishment after being found guilty of possessing and distributing cannabis oils for medical uses.

Though Muhammad Lukman managed to escape the gallows, his case is still under appeal.

Overall, there has been no clear cut plan to change the countryâ€™s legislation and policies in regards to drugs and marijuana.

And though the marijuana debate has been quite hot recently with countries having different opinions on the issue, it would seem that for the time being, Malaysia is still keeping off the grass.

Is the legalisation of marijuana for medical or recreational use beneficial or detrimental to the country and the rakyat?