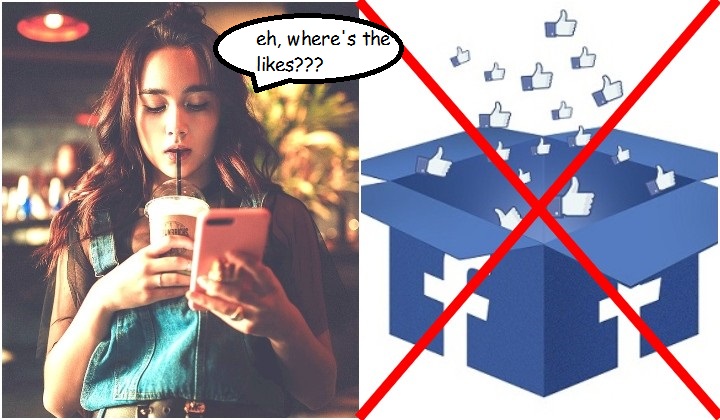 People were losing their minds over what they deemed was the
â€œkeyâ€ element for using the photo and video-sharing social app. But it turns out,
the hidden likes feature is limited to users in 7 countries for testing phase.

Now that everyone has calmed down, Facebook (who owns Instagram btw) is stirring things up with another shocking moveâ€¦

Facebook may remove the number of â€œLikesâ€ on posts soon!

Tech Crunch has reported that the social network giant could soon start hiding the number of likes on Facebook posts.

It seems like the hidden Like feature works the same as the one tested on Instagram. The number is hidden from everyone except the person who made the post. You can also see people who reacted to the post, but not the amount.

Facebook then confirmed the news to Tech Crunch that it IS considering testing the removal of Like counts, but thereâ€™s no news of when, where or how itâ€™s going to happen.

The apparent reason for this move is to protect users from getting
jealous and to prevent self-censorship.

It could also have something to do with aiding mental health as studies have shown the correlation between social media use with depression and anxiety.

Weâ€™ll be honest, itâ€™ll be hard to imagine Facebook without
the iconic Likes. But a healthier online community is far more important.