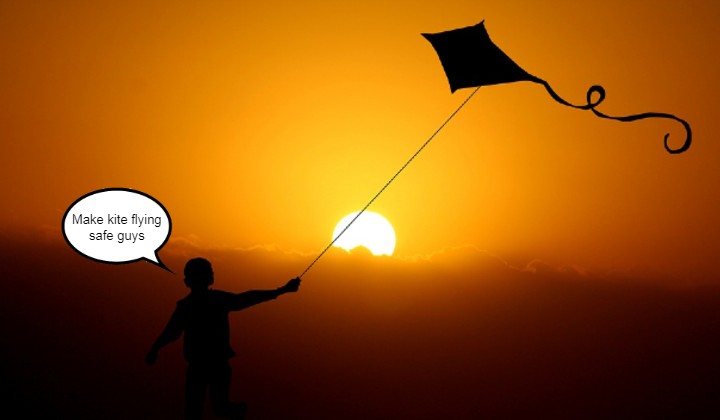 Unlike Malaysians waving flags on sticks and flagpoles during Merdeka month, India has a tradition of flying their countryâ€™s flag painted on kites during their Independence Day.

Last week a 4-year-old died on the way to a temple in Delhi when her throat was slit by a kite string.

It was no ordinary kite string.

As a sport, kite strings in India are coated with either metal or glass. This is done to cut down the competitor’s kites.

Her death was the second fatality caused by kites in one WEEK.

A 3-year-old boy also died when his metal-coated kite string became wet and came into contact with an electric wire in the city, electrocuting him.

The number of deaths caused by kites peak every year around August 15; India’s Independence day.

It is not only the lives of humans that are at stake.

Wildlife such as birds are also maimed and killed by these deadly strings.

However, despite the ban, there are still sales of such dangerous kite strings by neighbouring towns around Delhi.

Who knew such a fun sport can be so deadly.